Supergirls Vs Superboys: Do the Olympics Send a Bad Message?

ARE THE OLYMPICS PERPETUATING THE MYTH OF WEAK FEMALE HEROINES?

On my mini ski-vacation this week, my partner and I watched the first few days of the 2014 Sochi Olympics. The Olympics are the reason I still have cable TV. I love the Olympics more than Shark Week, and that’s saying something. But I was disappointed as I watched back-to-back coverage of the new snowboarding event called the ‘slopestyle’ course: the downhill track rife with pipes, rails, and jump-offs. It’s an impressive and controversial event, given that medallist Shaun White took himself out of the running because he felt the event would be too dangerous.

We watched the men take the course first. They flew down that track, performing aerial flips and spins that I’ve only seen in SSX games on the Playstation. I held my breath the entire time, watching them defy gravity and perform like superheroes. I decided this was my new favourite event.

Then the women came out, and I was tense with anticipation…until I watched a few head down the hill.

No women did anything that would be at all comparable with the boys’ high-flying stunts. It was, in comparison, a bit of a snooze. I pointed this out to my boyfriend and he reminded me that most Olympic events have a different standard for men and women. But this is one I don’t understand. Yes, women don’t typically have the mass to be as fast as men; and yes, in a physical game (like football or something of the sort), women also would have a hard time competing with men of the same athletic training. But women are gymnasts and figure skaters! We are lithe and dextrous and acrobatic! The lack of big tricks being pulled by women in this event made me wonder: are these lower standards truly based on a physiological limit we’re respecting? Or are we enforcing a cultural belief that women can’t/shouldn’t do more?

It makes me think of our fictional superheroines and how they so often seem to be play ‘supporting actress’ to the male heroes. I don’t agree with this and it drives me crazy. If Thor and Superman started battling it out, the ruckus would be loud, and messy, and involve a lot of head-smashing; and yes, there may be women heroines who’d need to steer clear of the entire foray if they wanted to keep their lives. But I’d wager that the comparatively powerless Black Widow could take ol’ Clark Kent down in about thirty seconds. She’d do it before his guard was up, by swapping a pair of Kryptonite-woven tights into his bag while disguised as an intern at the Daily Planet. But even without sneaky shenanigans, I’d also put my money on Batgirl taking out either of these giants: she’d use her smaller size and greater agility as part of her strategy, working to have the boys bash at supporting pillars etc, ‘til they accidentally brought themselves down with falling debris and whatnot.

My point here is this: women and men may perform feats of athleticism/heroism to different standards, but do we perpetuate the myth that women would score lower and have lower standards in each and every situation? If the women can’t get the same speed and air happening on the slopestyle event, should we consider creating a second hill that better suits the strengths of women’s bodies and gives women a chance to showcase their own mad skills? If we acknowledge there is a difference between a man and a woman’s bodies, then do we just reinforce a sense of women’s inferiority by having women run the exact same course even though we score 20-30 points less at our best or cannot even attempt half the same moves as the boys? Why not build that second track for women with more angle, longer rails, more balance-related pipes, or whatever it is that would help to showcase the physical superpowers of the female body? It’s not about building an easier track for the women—not at all. It’s about building a kick-ass track where women can really use their physiological makeup to its full potential.
I’m getting a little sick of the message that women and men are equal, because people interpret that to mean we’re equally good at all the same things in all the same ways. This is why, when people ask you which super would win in a battle against another, they so rarely ask a guy-vs-girl scenario. We need to stop thinking of equal as ‘the same’ and think of it like XP points: Thor may have level 9 strength, but he’s only got level 1 smarts, so my Black Widow, with her level 2 strength but level 8 smarts, is a fair competitor. Just don’t expect her to run straight at you, hollering, like Superman would.

Levelling the playing field isn’t always about making men and women do the same thing the same way: it’s about getting to the same goal (like a perfect 100-point Olympic score) by whatever methods are appropriate for the physiology of that person’s sex.

Not only is my money on Black Widow against Superman, by the way: it’d also be a lot more fun to watch than the usual bash-bash-smash-bash the boys bring us. 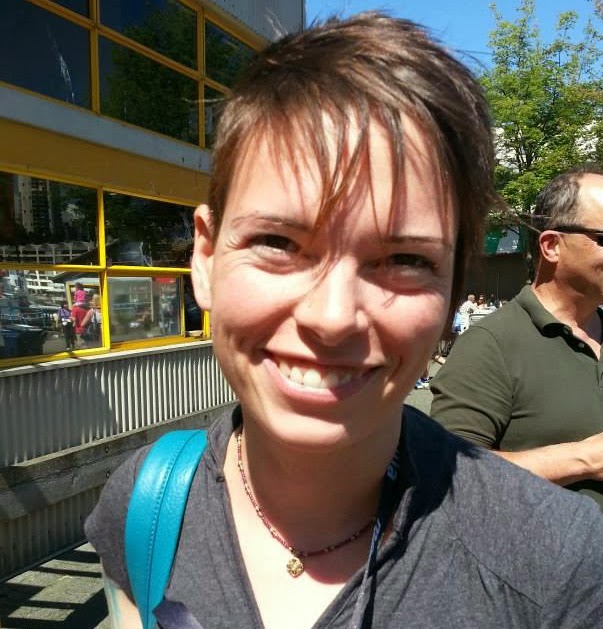 Jordan Danger is a veteran blogger, writer, and marketing consultant based in Ottawa, Ontario. She is also President and Editor of CapitalGeekGirls.com. Jordan blogs at GirlCrafted.com, a lifestyle blog about crafting life both literally and figuratively. She loves DIY projects, her dog, and Oxford commas.
Posted by Jordan at 16:21