JUMPING SHIP: THE ROMANCES OF 'ARROW'

The term Shipping refers to seeing two characters on a show and wanting them to get involved romantically. ‘Ship’ is used as a short form of relationship. If you support a character pairing you Ship It or are a Shipper. There also tend to be cute name mash ups to rival any celebrity couple. 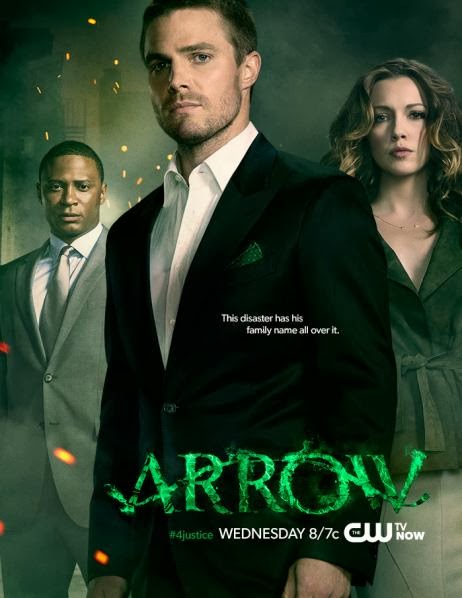 To give you a better idea of how this plays out, let’s take a look at the two major Ships of The CW’s Arrow. This reimagining of the Green Arrow not only had Oliver Queen facing off against baddies far and wide, but also delivers a healthy dose of personal drama. Some people find this a weak point on the show, however, star Stephen Amell defended it on his facebook page . “My favourite characters on television are flawed; because - non Arrow spoiler alert - real people are flawed. Real people have messy lives. Characters with cracks are more interesting.” One of Oliver’s cracks is definitely his complicated feelings for two of his closest friends: Laurel Lance and Felicity Smoak. I consulted a few devoted fans of both Lauliver (Laurel/Oliver) and Olicity (Oliver/ Felicity) to find out what makes a person ship one way or the other.

Laurel and Oliver shippers get a head start on proving why their couple should reign supreme thanks to the comics. In DC comics, Laurel is the Black Canary, one of Green Arrow’s crime-fighting partners and at one point his wife. Laurel as a character and Katie Cassidy as the actor portraying her were referred to as his leading lady and love interest throughout initial press offerings. Before you saw even one scene of the show you were told that you should be rooting for this couple.

“They’re two great actors with a special chemistry.” @fedinsss told me as a firm Lauliver supporter. “Oliver’s love for Laurel has never disappeared. <It’s the> same for Laurel.” @Anisah945 agreed. “I like the relationship they have together… I ship people that I think make a good pair and Laurel and Oliver are really cute together.”

Chemistry, or the perceived lack thereof, is one of the major points of contention between shipping factions.  “I don’t like being told characters are in love when I see absolutely no sign of it on the screen.” @SmoaknArrow, a well-known Olicity supporter, countered when asked about Laurel and Oliver's chemistry.  @juliealindsay added that “<They> have nothing in common aside from their sketchy past...that's just a big 'no' for him and Laurel in my mind.”  I won't get into details in order to avoid spoilers, but the number one reason Olicity supporters gave me for not supporting Oliver and Laurel was the fact that given their history, if they were in Ms Lance's shoes, Oliver would not  be let off the hook so easily. 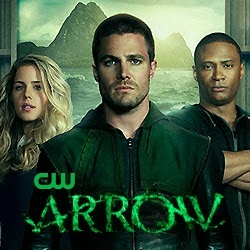 Sometimes the rapport and electricity between two characters can overpower the writer's original intentions. No amount of protestation that it can’t happen because of the characters’ marital status or sexual preference will silence it. Fans will read into the smallest look or camera angle to prove their point that someday, somehow they will get together. It will be discussed for hours on twitter. Fan fiction and music videos will be created setting the scene for this eventual coupling.  In Arrow, this magically land of what-if mixed with when-will belongs to Oliver and Felicity.

The character of Felicity Smoak, played by Emily Bett Rickards, was supposed to be around for one episode. She was supposed to be just another wink at the comic readers in the audience. However, just like Oliver himself,  the writers found the spunky I.T girl to be more useful and special than first glance. “From Felicity's first appearance I was captivated by her.” @juliealindsay explained “ I wanted to see more of her because she made me smile. Then I noticed how she made Oliver smile and that intrigued me.”

Felicity's ability to crack the billionaire vigilante’s gruff facade  is a key piece of  the Olicity case.  “You see her draw out this better man and you see him draw out her adventurous, bold spirit.” @smoaknarrow commented.

So they work well together and make each other feel better. Does that make a romance? “I don't think Oliver has feelings for Felicity in that way.” @anisah945 argued. “Even if he does he wouldn't want to risk their friendship.”   No one is doubting that the computer guru is a great character, in fact that's part of the reason some Lauliver fans don't want her to end up with Ollie. “I love Felicity...I think she deserves a man just for her! She would always be a rebound for Oliver.” @fedinsss said supportingly.

If you ask Arrow fans, myself included, they know a show like this is something special.  With an open and easily accessible cast who often tweet and instagram from set, writers who tease the viewers on a regular basis and executive producers who will actively distribute fan art they enjoy, the last thing they want to do is ruin a good thing.  When someone steps out of line and starts personally insulting the actors you’ll find others quick to correct the behaviour even if  it's not their favourite character. No one wants to give the cast and crew reason to shut down and not share.

With this month's announcement of a season three pick up, the discussion is far from over.

Courtney Lockhart lives in the west end of Ottawa with her husband and step-cat.  She is polishing her skills to pursue one of her dream careers as either a costume drama character, Torchwood operative or executive assistant to a billionaire vigilante. You can follow her daily mission to DFTBA on Twitter @corastacy.
Posted by Jordan at 03:30