G-Anime 2014: How I started my daughters onto the path of Geek Girldom 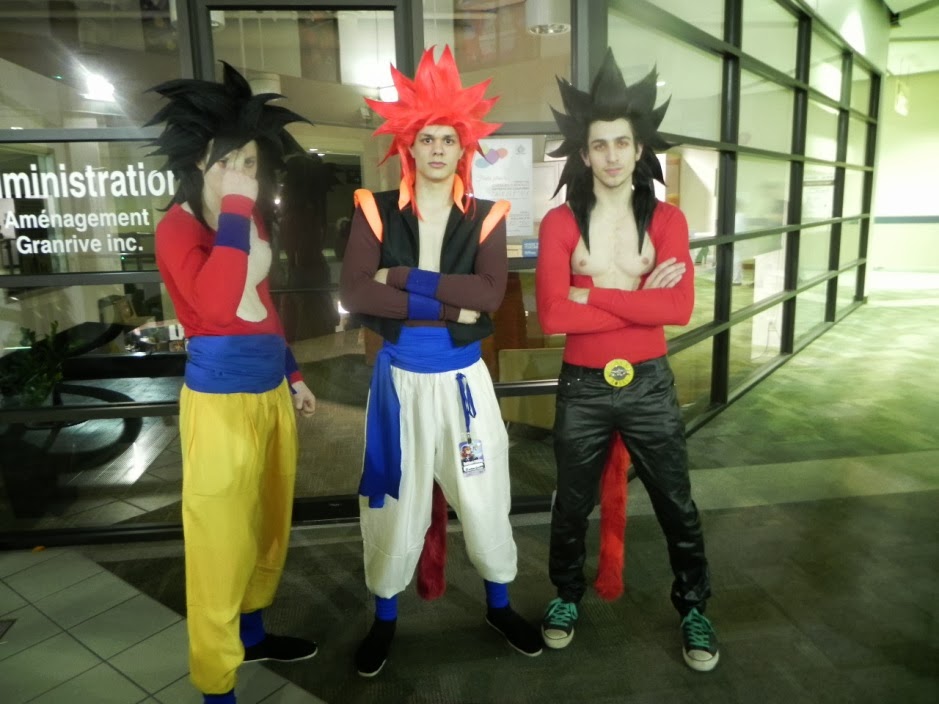 story and photos by Christina Marie


I brought along my two daughters with me to G-Anime in Gatineau this January, and they were amazed, as was I.  I have been to many cons, fanexpos and fests and most of them, including Blizzcon only had a handful of cosplayers.  So the three of us, armed with cameras and smartphones, began the tour of the booths, because, I must shop. At a venue such as this, my purse was crying from not having enough money to buy everything I wanted, and my daughters as well, who are turning into little geek girls.  I was nervous about going and being able to find enough geek girls to write about, but to my amazement and awe, half the con was female, including the vendors. 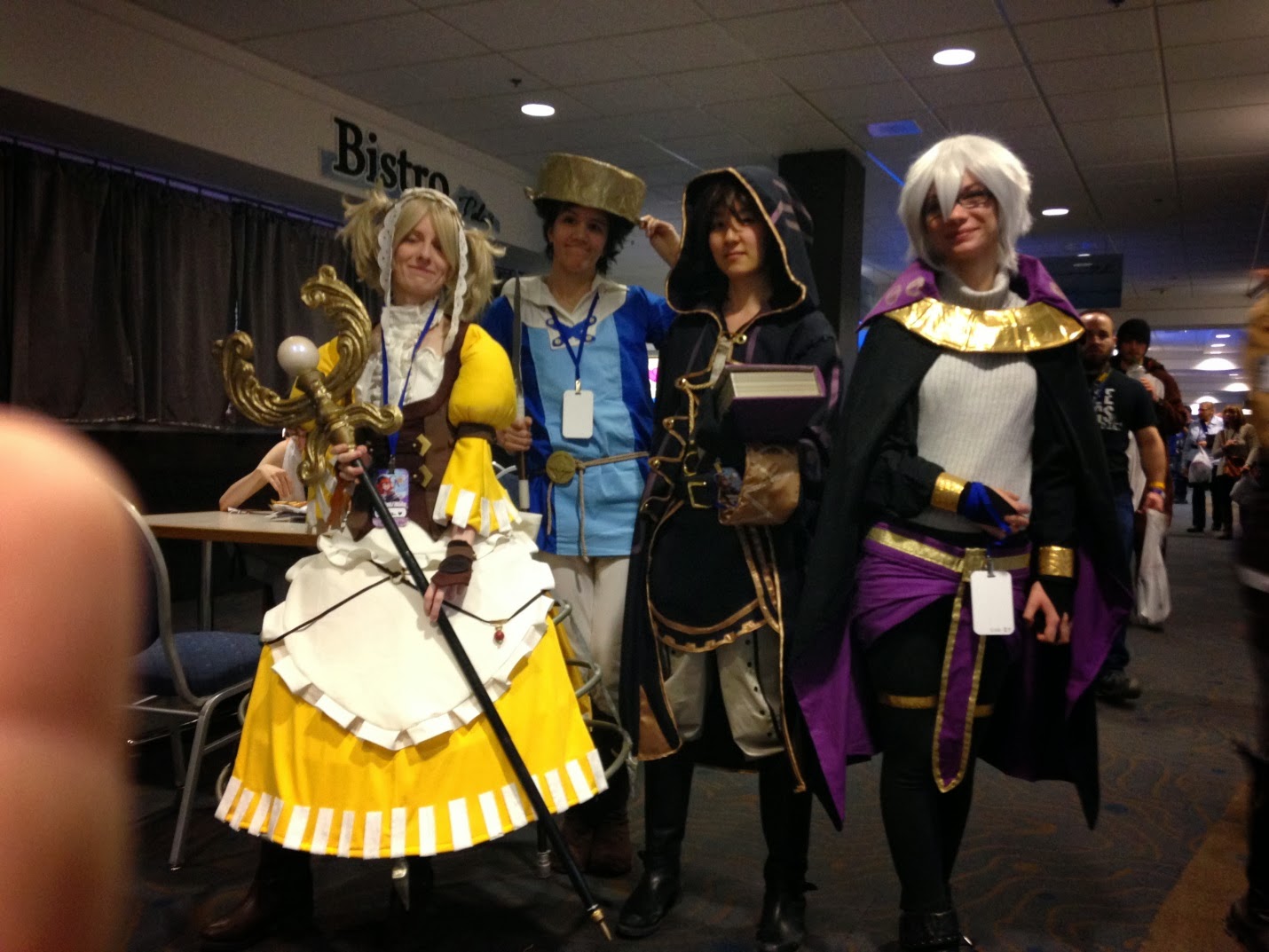 The amount of talent among the female vendors was amazing.  My first stop was to chat with Maria and Rochelle of Kigurumi.ca, who import Japanese Onesies (pajamas) in a wide range of characters such as Stitch, Spyro and Pikachu.

As I went further in the vendor area, I came across a couple amazing artists.  Veronique Thibault who has been crafting since 2007.  She enjoys drawing and it really shows in her work.  She sells glasses, handbags and other items with animé designs.  Veronique sells only at conventions and does 10 conventions a year.  Her portfolio is at http://pinkviviz.deviantart.com/.  Another artist I visited was Katsuke (Catherine) who started out at conventions with only 6 drawings to start.  Her art consists of bookmarks, buttons, key chains and posters with Chibi animés.  She can chibi any avatar and can chibi people as well.  I am hoping to see if she will Chibi my gaming avatars!
We moved on from the vendors room as with little girls, we must eat, find water and use the public restroom as often as we can!  The hallways were filled with cosplayers and my first encounter was to stalk Melanie Gauthier,  a Vocaloid , “Hatsune Miku” in the restroom as she prepared her outfit and answered my questions.  This is her third year doing cosplay, but has been interested in it for much longer than that.  She enjoys the difference in outfits and the feeling of being able to become something different.

I was amazed at just how many female cosplayers there were at the convention and the amount of detail in a lot of their costumes.  I came across a group who all dressed up as characters from an obscure Japanese video game and called themselves the Knights of the Round Table, I met several dressed up as characters from the game “League of Legends” and an elaborate design from Kale, who is on her fifth design and Em who is a first timer with the assistance of Kale, both creating Pokemon Legendaries from X and Y.  It took them a month with little sleep to create their costumes.  The work paid off and their costumes were a big hit with the fans. 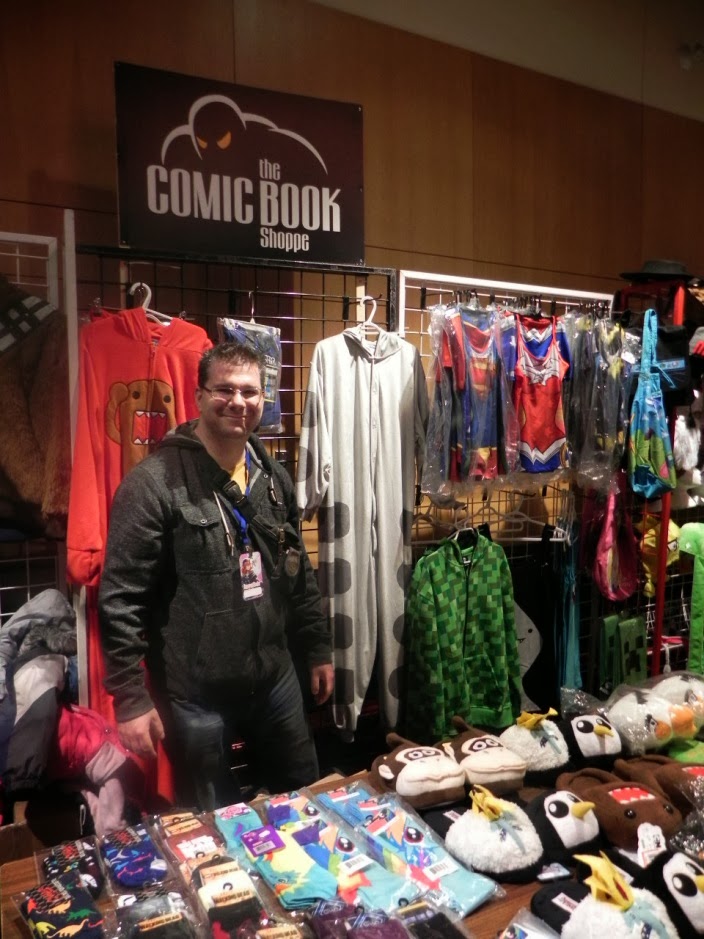 Most of these cosplayers are from the area, but one of the headliners came all the way from Virginia.  I was fascinated by DeAnna Davis, or “It’s Raining Neon”, who has been a cosplayer for seven years and is an animation and media arts major.  What intrigued me was that she came about cosplay honestly through gaming, even before she knew cosplay and Anime cons existed.  She would dress up as characters that she liked and made her own designs until one day a friend told her about cons. She then realized that there were places she could actually go dressed up in her creations where she would fit right in, where dressing up was “normal”.  She travels all over to different cons and designing and creating her outfits has become much faster.  When it used to take her a month, it now can take her 1 - 2 weeks.  I asked if she still has time for gaming with all that designing.  As busy as she is, she ALWAYS makes time for gaming, which is why she has learned to make costumes faster, to allow for time to game! (http://itsrainingneon.wix.com/its-raining-neon).  I had to ask, what game she would make time to play:  Borderlands 2. 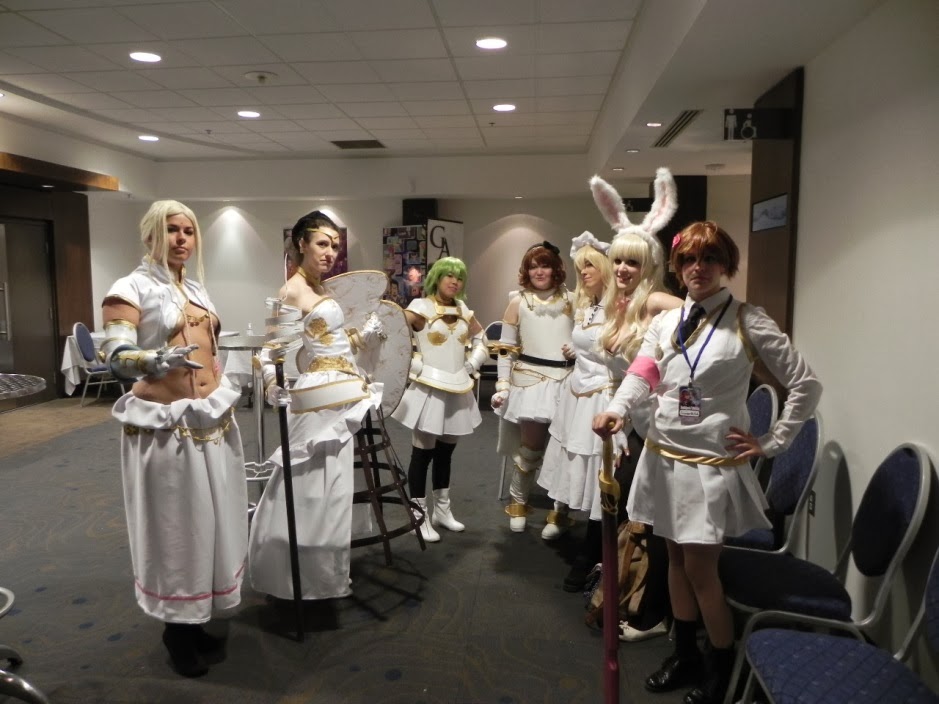 From the vendors to the cosplayer, the G-Animé had a wonderful lineup of events.  We watched some of the gaming tournaments, Magic, Pokémon and Xbox Dance Dance Revolution, which was extremely entertaining.  From that we moved to watch the Cosplay Chess and G Idol which kept my daughters thoroughly entertained, as well as myself.  The in demand evening event was the Masquerade.  All those dressed up wanting to compete came out in full force.

I now have piles of costumes to make as my daughters eyes have been opened to a new world and their imaginations will continue to grow more than ever. 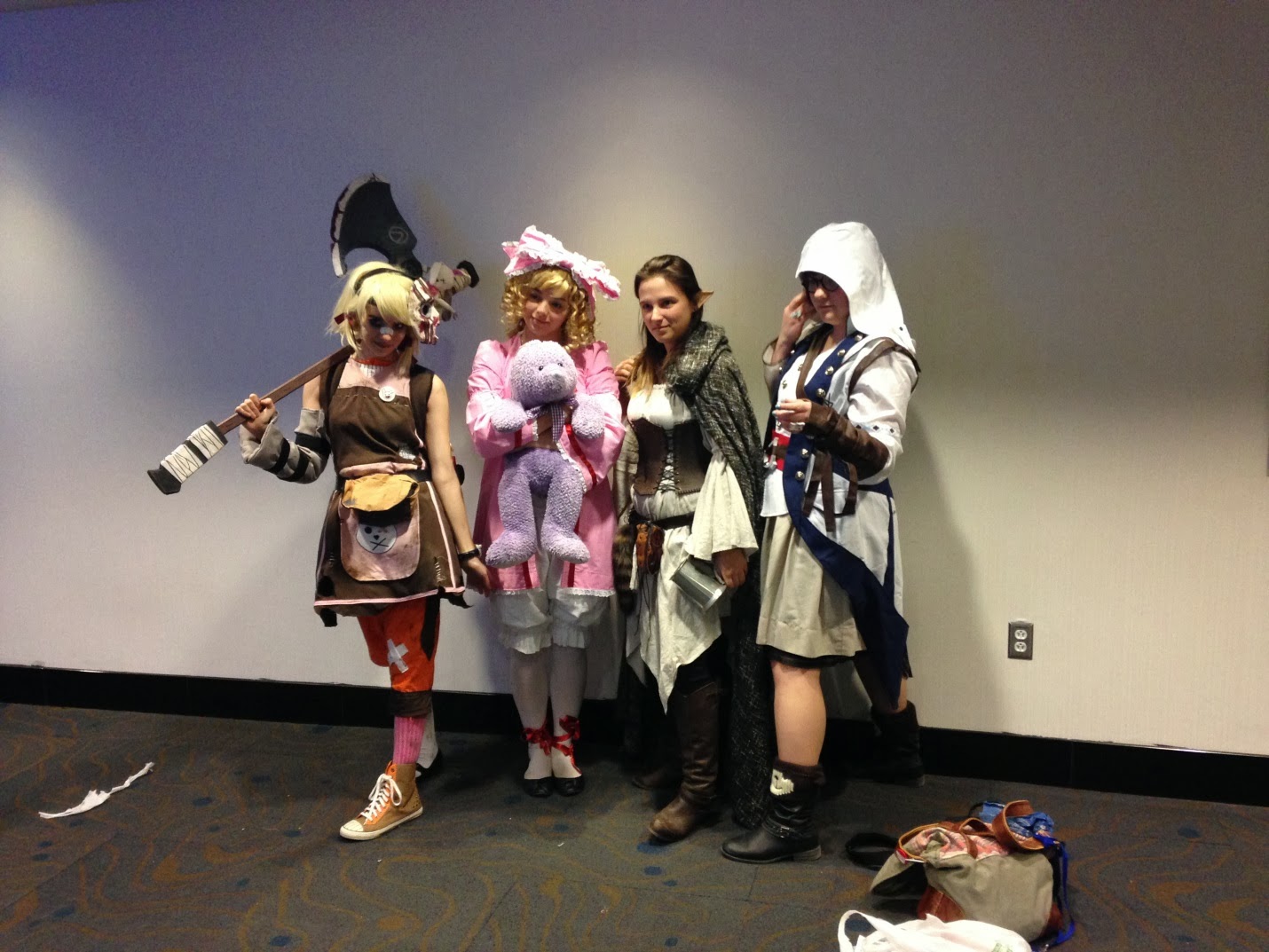 Christina Marie is a re-student at Carleton University, working on her Bachelor of Computer Science. She has been fascinated with Sci-fi since watching the original Star Wars movies when she was younger and spent a few Halloweens as Darth Vader. Currently, her extra time is spent on being a mommy, web programming, playing hockey and gaming from MMO`s to DayZ.