GETTING TO KNOW THE DOCTOR – WHERE TO START AS A NEW DOCTOR WHO FAN
There are few fandoms as intimidating for a newcomer as Doctor Who. The series is a pillar of British television, and many of its fans grew up watching the show. I grew up loving science fiction television, watching episodes of Star Trek with my father or staying up late to watch The Outer Limits. Recently, I decided it was time to expand my geek knowledge, and finally start watching Doctor Who.
For the completely unfamiliar, Doctor Who follows the Doctor, a time-travelling alien, as he rights wrongs and saves civilisations. A human companion usually accompanies the Doctor. The Doctor travels in the TARDIS (Time and Relative Dimensions in Space), a time-travelling spacecraft that resembles a blue police telephone box. The TARDIS is one of the most recognizable elements of the show, featured on the scarves, earrings, and messenger bags of fans.  The Doctor's sonic screwdriver is another iconic element. It is a multifunctional tool that can be used to unlock doors, manipulate computers, or remotely control other devices, among other uses.
Deciding where to start is the most important step to becoming a Whovian – what some fans call themselves. The British science fiction drama first aired in 1963, and it has amassed 800 episodes, not to mention spin-offs, made-for-TV movies, audio plays and books. Part of the longevity of the series comes from the concept of regeneration. When the Doctor is old or mortally wounded, he transforms into a new physical form and different personality, but retains his memories. Regeneration has allowed the show to continue, while replacing the lead actor. The latest doctor, played by Peter Capaldi, is the Twelfth Doctor. The number goes up after each time the Doctor regenerates.
The easiest place to start is with the Ninth Doctor, played by Christoper Eccleston. Eccleston's run in the show is a modern revival of the series, beginning in 2005 after nine years of absence from television. There are two great reasons to start with Eccleston. First, the revival nods to existing fans of the show but also explains enough that new viewers won't feel completely lost. Second, Netflix offers seven seasons worth of Doctor Who, beginning with Eccleston's run in 2005, all of David's Tennant's seasons as the Tenth Doctor, and most of Matt Smith's run as the Eleventh. Netflix does offer some older Doctor Who material to explore, but its collection is much more fragmented.
Doctor Who is not a fandom for everyone. The show can be cheesy, and the special effects are good but not great. That said, I found myself enjoying it after "The End of the World", the second episode of the 2005 season, and by the end of episode six, "Dalek", I was hooked. Those episodes offer both emotional range and temporal range of the show, jumping forward in time to when the Sun becomes a red giant or back to the days of Dickens.  If you're on the fence, give the first six episodes of Eccleston's run a chance to convince you. 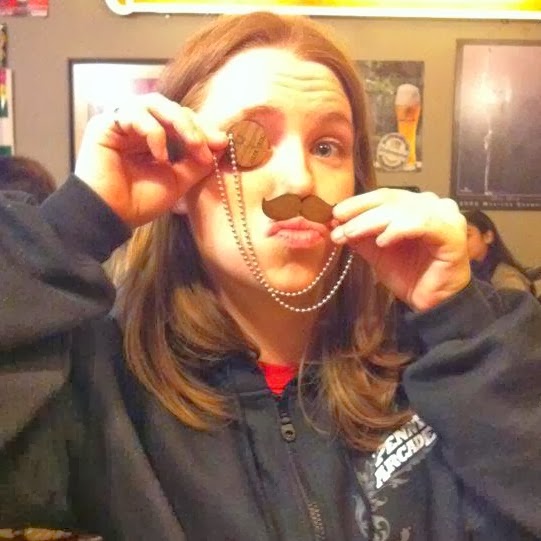 Marla Desat is a recent University of Waterloo grad living and working in Ottawa. When she isn't playing the latest video games, she's geeking out over comic books, board games, tabletop roleplaying games and science. Marla also writes the TheEscapist as a freelance news writer. You can follow her on Twitter @mrdesat.