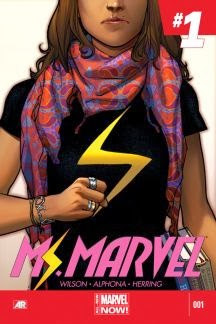 In November of 2013 it was revealed that the new Ms. Marvel, replacing Carol Danvers who became Captain Marvel, would be Kamala Khan, a young Muslim teenager from Jersey city. I remember seeing articles pop up on my news feed on Facebook and after reading about the upcoming title, I was excited. Her look and costume were also revealed showing a conservative superheroine costume befitting a young girl who also happens to be Muslim.  Who is this Kamala and what will she be like? It was this title that made me seek out a Marvel title as I am normally a DC girl. And I was not disappointed.

I thoroughly enjoyed this first installment. Kamala is a teenager who writes SuperHero fan fic, wants to attend parties with boys and has a HUGE obsession with the Avengers. She has disagreements with her parents (who won't let her go to said parties), she has a super devout brother and she doesn't drink alcohol.  The art is great and tells the story effectively with little jokes inserted into the panels. I am really looking forward to the next issue to see where it goes. 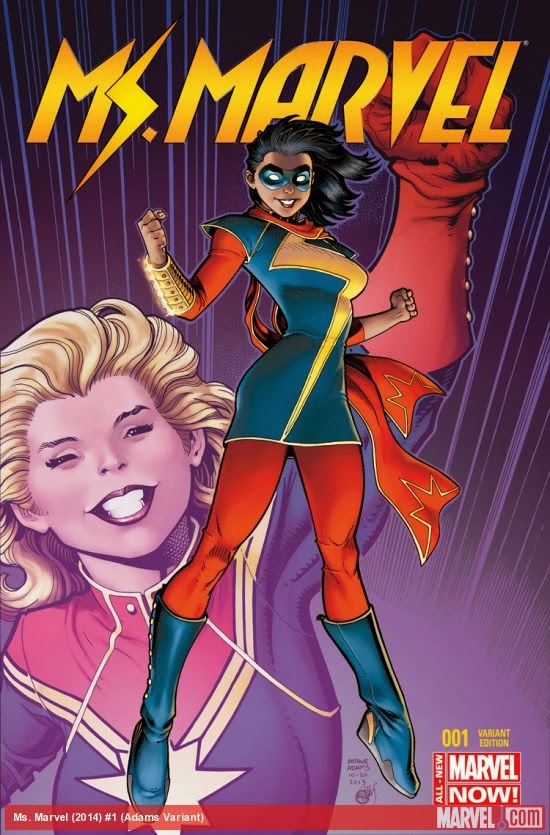 Kamala sneaks out against her parents' wishes to go to the party at the waterfront. What she finds there are the people that she thought would accept her being there, but instead take her disobeying her parents as a free pass to ridicule her family and faith. Leaving the party a strange fog comes over the city that everyone, including Kamala sees. But Kamala has a different experience. She passes out and when she wakes up, she is convinced that she is drunk as she has Captain America, Iron Man and Captain Marvel (Carol Danvers) floating in front of her stating that they are "Faith". They bestow upon her a gift that may not turn out exactly as she's hoped.  The final panel has her in the traditional Ms. Marvel costume, with blond hair. It feels like she is still in the dream sequence so where it goes from here, is anyone's guess. 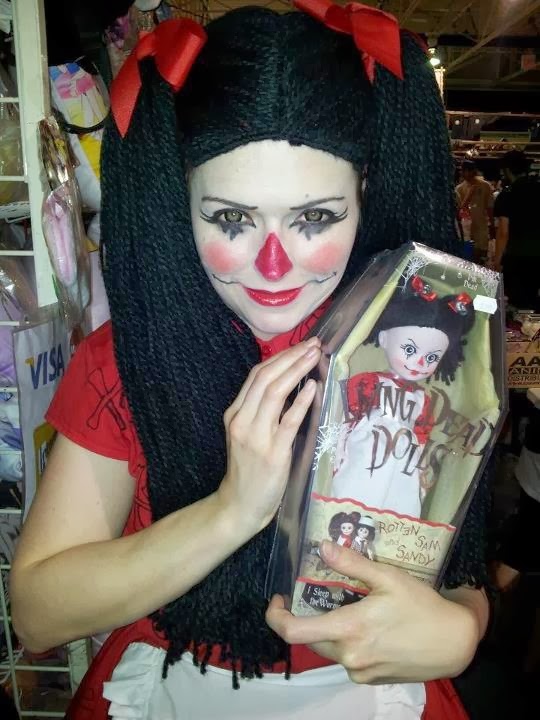 Thea Nikolic aka Critical Miss has been cosplaying for several years and has just recently started hosting panels at various conventions about cosplay. She is also an actor, so she loves to play and act like her various characters that she loves. You can follow her cosplay shenanigans with her costuming husband at their Facebook page . You can also follow her on Twitter @HarleyQuinnBabe as well as on Instagram harleyquinnbabe.
Posted by Jordan at 03:30