Magic: The Gathering For Playing With Friends!

MAGIC: THE GATHERING GAME FORMATS FOR PLAYING WITH FRIENDS 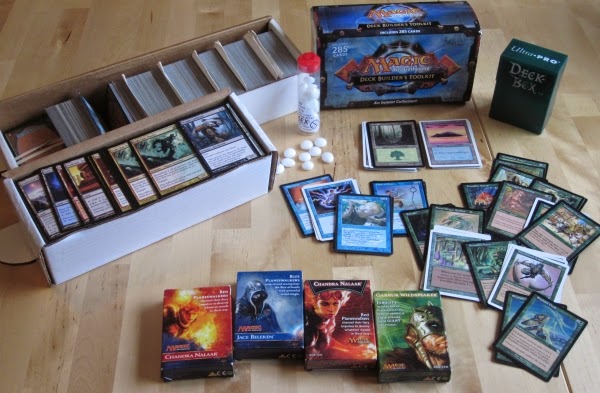 If you're like me, your collection of Magic: The Gathering cards is a mismatch of half-starts, fleeting infatuations with Blue-Green decks, and years of telling myself, "This year is the year that I'll really get back into Magic!" Instead of fussing over whether or not your dusty old deck is legal for sanctioned play, here are three great ways to break out the game with friends!

If you have a big collection of cards, getting together to construct decks and pit your brand new burn deck against your best friend's experimental Squirrel onslaught is a ton of fun. If you have exactly five players, the Star method is a great way to add a bit of structure to the free-for-all format. Each player picks a single Magic colour and builds a 60-card deck using only that colour. Each colour has two allied colours and two enemy colours (see the chart).  Players can attack any other player at the table, and players win when both their enemy colours lose. Allied victories are also possible. For example, if White and Black are eliminated, and then Blue is removed from the game, Red and Green win simultaneously.

If you don't have a large collection of cards, but you do have a few friends and about $15 each, a booster draft is a great way to have a tournament among friends. You will need at least four people and three Magic: The Gathering booster packs for each player. Use boosters from the same set if you can. To start the draft, each player opens a booster pack and secretly selects one card from it, and then passes the pack to their left. The pack continues around the table with each player selecting a card and then passing it on. Once all the boosters are empty, the players repeat their process with the second and third booster packs. Players pass the second booster pack to the right, and pass the third to the left. After drafting all three booster packs, players can freely add as many basic lands as they like. After adding lands, each player must have a deck of at least 40 cards. Once everyone has a deck, each pair of players plays a best two out of three match. The winners of those matches play the other winners, until only two players remain to battle in the final match.

Also known as Mini-Master, Pack Wars is the quickest game of Magic I know. Simply grab a friend and a booster pack for each of you (or randomly draw 15 cards from your collection). Open the packs without looking at the cards, and add in three of each basic land. Shuffle, and enjoy the chaos! Play a game of Magic just like normal with your 30-card mystery decks. Pack Wars is one of the most joyful ways I know to open a fresh booster pack, and it's the quickest way to play out of a box of neglected cards just begging to be taken off a shelf. 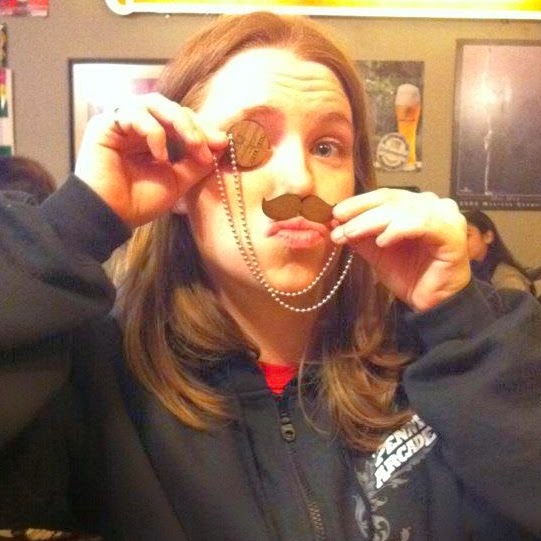 Email ThisBlogThis!Share to TwitterShare to FacebookShare to Pinterest
Labels: Gaming, How To, Magic the Gathering, Marla Desat, tutorial