Sitting down with the Queen of Mean: An Interview with Persephone Vice

SITTING DOWN WITH THE QUEEN OF MEAN: AN INTERVIEW WITH PERSEPHONE VICE
By Katie Bonnar

When you’re sitting down with a female wrestler for the first time, you let them call the shots – I met Julia at her hair salon of choice in Billings Bridge Mall, the night before her WWE tryout. Measuring 6’2”, Nulis towers over me at 5’4”, but more dominant than her stature is her nature – she’s immediately warm, upbeat and friendly. Not what you’d expect from a self-styled villain in the ring, nick-named the “Queen of Mean”. In her words, “Persephone is all about business, doing what she needs to do: plan of attack, executing it and be done with it. That’s how she is.” 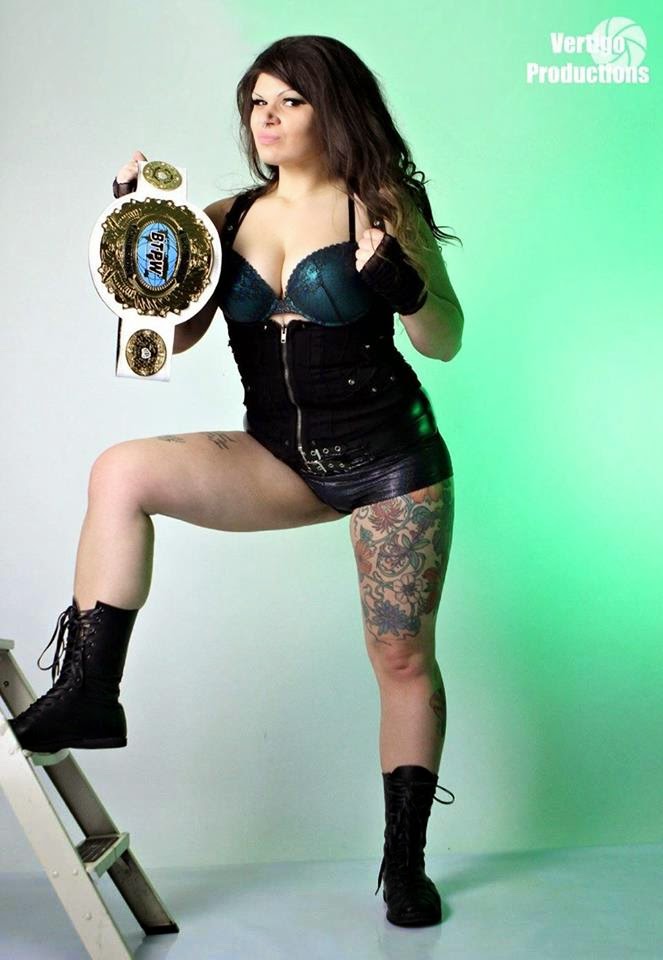 Nulis wasn’t always a fan of wrestling, but started to attend independent wrestling matches and was introduced to Jeff Smith, who pointed her on her path. She started as a manager and valet, while training on the side. In 2006, at the age of 21, she made her debut in Hamilton.
When asked how her family took the news, Nulis surprised me, “I’ve kept it pretty quiet within my family. My mother knows and she said ‘are you sure this is something you want to do because, if it is, I’m going to support you in any way that I can’ – so she’s been my rock.” Her brother also echoes this support as do a couple of cousins, including one with whom she was close and whom she lost a few years ago. She paid tribute to him during an especially significant match: her first title win, the Ontario Championship Wrestling title, a disclosure that leaves us both feeling the lingering raw emotion in her voice.
On the back of this WWE try out, her family’s understanding of her wrestling could drastically change. So how does one get a WWE tryout? Her trainer, Wayne Cryderman (Crusher Kline), of Bodyslammers, was asked for names of his students. Nulis has been put forward before, but they hadn’t called until now. This waiting has been good for Nulis who acknowledges that “it just gave me more time to focus on myself, how I look, how I want to present myself to them.” It was Cryderman who made the call, letting her know about the try out, “I’m very thankful to Wayne for opening doors for me so I’m going to make the most of every moment that I can.”

I asked what this could mean for her, “I’m just going to go in with a very level head, very humble head and whatever criticism and advice they give me, I’ll take it and that’s how I can improve.” You can’t help but feel an intense admiration for this woman who loves her sport and seeks to continually improve. It explains why her fans love her so much – her positive attitude, even under the guise of a villain, really does shine. 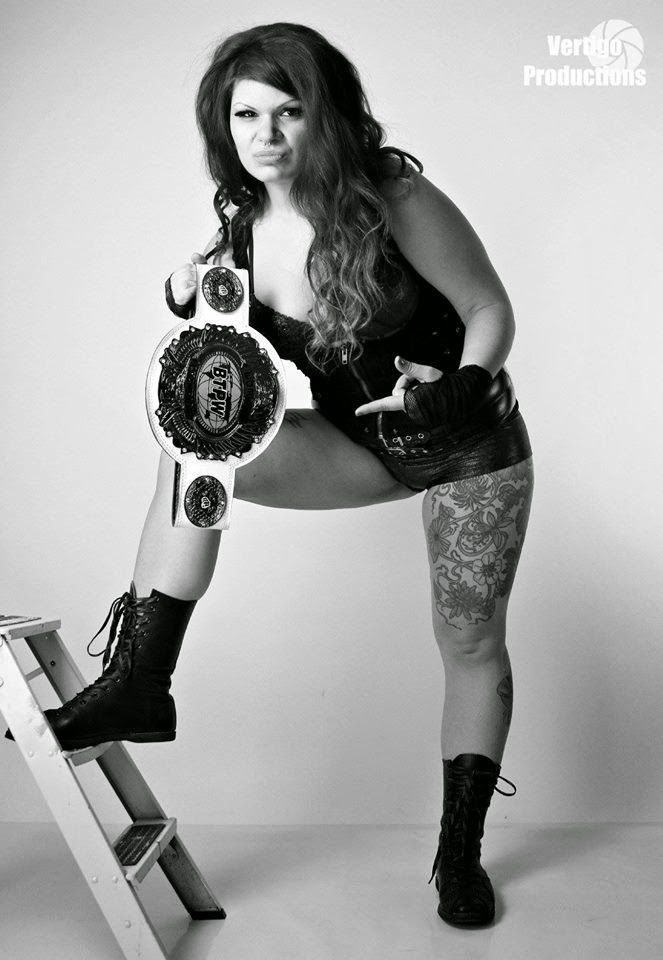 Speaking of fans, Persephone Vice has a devoted following, which Nulis is happy to indulge. She’s always up for pictures and autographs at shows, but she keeps fan interactions to the events. In public she’ll acquiesce to a photograph if asked, but she’s clear that there’s a line and she doesn’t feel it appropriate to cross that with dinner invitations from fans. Having endured one over-zealous fan, Nulis is understandably keen to ensure she maintains boundaries.

Nulis also maintains an intense training regimen, but admits that nothing can prepare her body for the feeling in the ring – the impact on the ropes and the mat takes your breath away and leaves you gasping, “No matter how much you train, it’s very exhausting!” The experience in the ring is in direct contrast to the preparation Nulis undergoes before the match, “Lots of meditation – I think of the outcome of the match and I make sure that I surround myself with positivity. I’m not injured, my opponent doesn’t get injured, the fans are entertained…surround myself with good.” Having suffered through several injuries, including a broken shoulder that required surgery, it is clear why Nulis has adopted this pre-match ritual.

I asked who her ideal opponent would be, from any universe and while she has a soft spot for Rogue and Storm, her response was immediate, “Tank Girl! 100%! Oh my god, it would be so crazy.” Nulis also confesses to a zombie obsession – in particular, the Walking Dead. She’s fascinated with the idea and admits that were this to happen, Persephone Vice would need Wolverine’s healing ability and some seriously armoured skin to combat the undead. We were both quick to agree a Persephone Vice comic book would be awesome! And what’s a superhero without a weakness? Nulis admits hers is red velvet cupcakes and also credits her friends with getting her hooked on the board game Ticket to Ride. Who knows, maybe WWE will present Nulis with her own ticket some day soon.

And if you’re looking to unleash your inner wrestler, contact Body Slammers


No word yet on when Persephone Vice will learn her fate with the WWE, but the experience was one that she’ll never forget and she also had a blast being a Rosebud for WWE’s own Adam Rose. She also notes that she’s come away with some solid advice and this has left her more determined and focused than ever. You can keep up with her on her Facebook page for all the latest info. 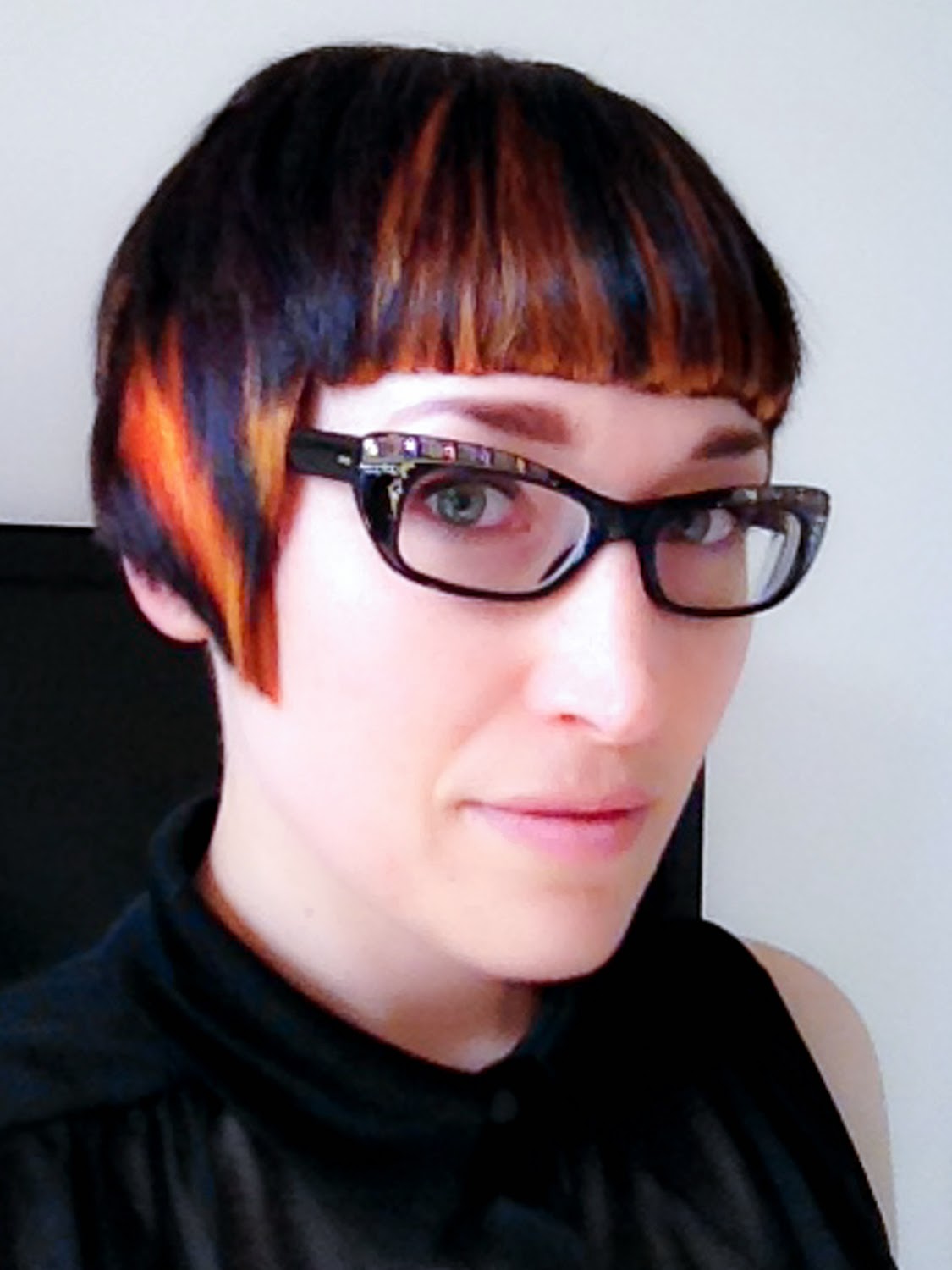 Katie Bonnar is a modern renaissance woman, which is reflected in her interests. She is a seriously devoted fan of music, art, photography, arm chair economics, fashion, culture, language and My Little Pony. She's an early adopter and, while obsessed with the visually stunning and well-designed, she's also on a quest to minimise the ephemera in her life. You can find her on Twitter at @iamkatiebonnar
Posted by Capital Geek Girls at 21:46