By Jordan Danger and Courtney Lockhart

Seeing Sharknado was my first experience was RiffTrax. I was already very familiar with Mystery Science Theatre 3000, of course, but I hadn’t watched anything from these guys in many years. What I enjoyed about the theatre experience was that the RiffTrax crew was broadcasting and commentating live. What a neat concept for a theatre experience! It felt like we were really there in the room with them, and I think experiences like this are how movie houses will stay in business even when it’s so much cheaper to stream a movie onto a massive TV in your living room.

Their commentary throughout the movie was funny as always, but what made it even better was the crowd. Laughter is contagious, so witty quips that might have only garnered a chuckle from me often had me in giggling because my seatmates were roaring with delight.

If you’re familiar with Sharknado, I can tell you that any addition to the movie could only be an improvement; but having seasoned Stadtler & Waldorf-esque commentators sarcastically dissing the movie for the entire time was truly delicious.

RiffTrax is doing more of these theatre experiences in the coming months, so I encourage you to get out and give it a try. We often joke about what movie theatres will do next to make us feel like we’re a part of the film—will there be smell-o-vision? Water misting? Wind machines?—but I think this is a much more elegant answer.


I’ve been a fan of Mystery Science Theatre 3000 since I was barely in double digit ages. Half of the hidden language of my teen years is quotes from the show. So when I first discovered Rifftrax Live! last summer  I was incredibly excited that this cornerstone of my twisted sense of humour lived on. The problem with trying to convince people to watch a show like Rifftraxlies not in getting them to leave the house, but more explaining what exactly they are leaving the house for.

“They’re three comedians and they make jokes about the movie while it’s playing.”

“ No, they don’t pause the movie- they talk over it. It’s like a commentary track but funny.”

“ Well  you don’t have to worry about missing the plot because the movies are generally really bad.”

It can be a bit of a hard sell, until you get there.  From the minute you set foot in the theatre you know you’re in for a different kind of night. The usual carbonated beverage shilling and three month old trivia of the movie theatre pre-show is replaced with songs by Jonathan Coulton, The Doubleclicks and Weird Al.  Fake producer quotes and 'coming soon' notices pepper the screen.


The show itself usually consists of an old PSA short and a feature length film.  At the showing we attended the short warned of the importance of springs  and why you don't piss off magical talking objects by wishing they never existed.  We were then treated to a plethora of fish puns before heading into the feature presentation Sharknado. 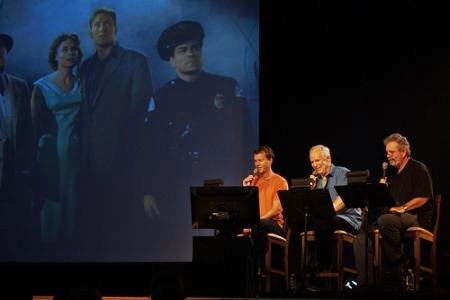 I would not have made it through the movie without Rifftrax.  I'm all for a cheesy movie  but there is  a limit to the continuity errors and blatant disregard of logic that I can take- and don't forget, I'm a fan of The Vampire Diaries.  The  humour dulled my cringing and the repeated refrain of " Um... science? No? Ok then."  still makes me smile and giggle when I think about it.

Rifftrax Live! will be back at Cineplex theatres  August 14th as they take on the infamous 1998 version of Godzilla. 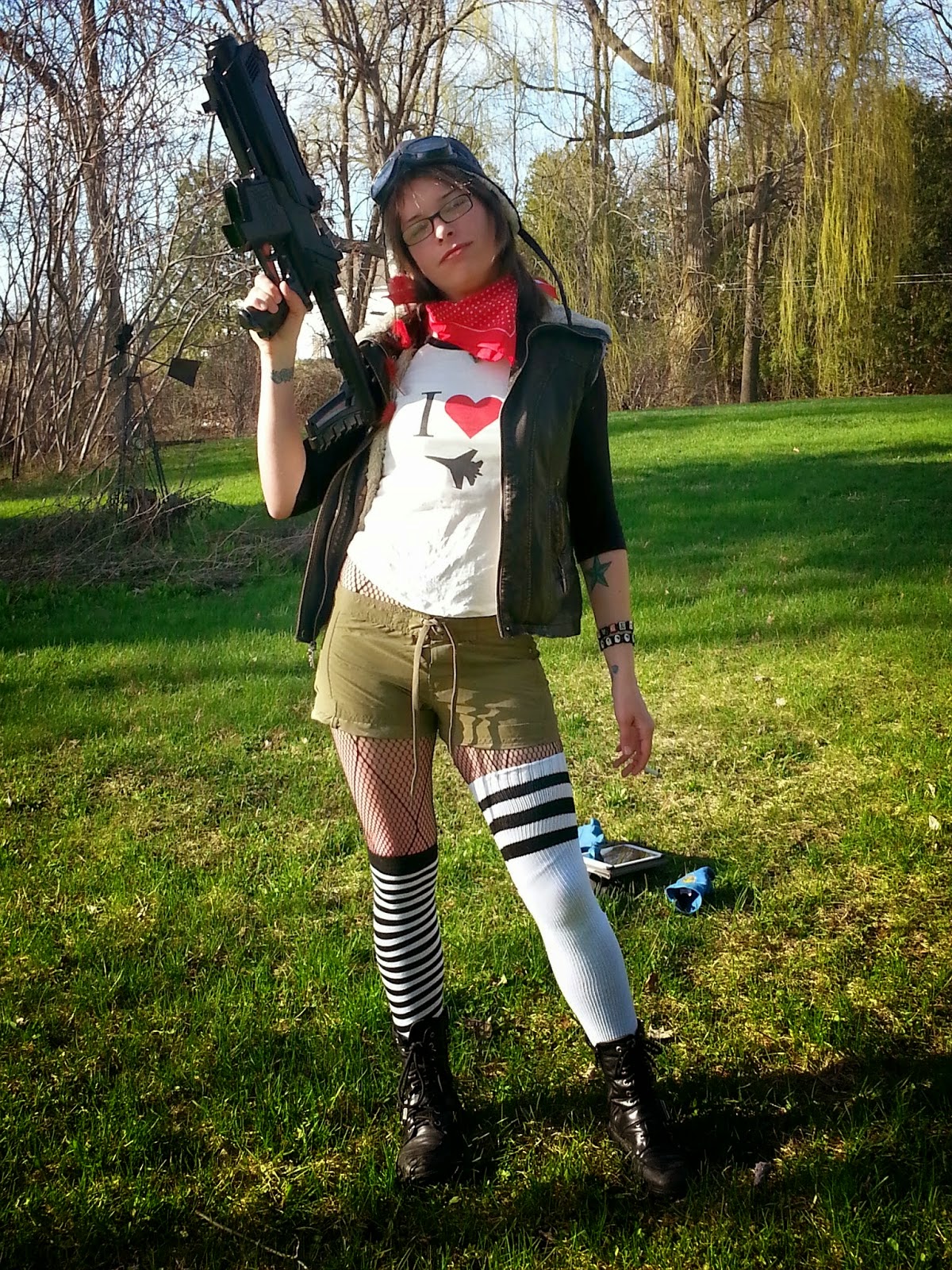 Jordan Danger is a veteran blogger, writer, and marketing consultant based in Ottawa, Ontario. She is also President and Editor of CapitalGeekGirls.com. Jordan blogs at GirlCrafted.com, a lifestyle blog about crafting life both literally and figuratively. She loves DIY projects, her dog, and Oxford commas.

Courtney Lockhart lives in the west end of Ottawa with her husband and step-cat.  She is polishing her skills to pursue one of her dream careers as either a costume drama character, Torchwood operative or executive assistant to a billionaire vigilante. You can follow her daily mission to DFTBA on Twitter @corastacy.
Posted by Capital Geek Girls at 22:01