Breaking Up With Fandom

BREAKING UP WITH FANDOM
By Courtney Lockhart
It was love at first sight.  You met their eye across a crowded Tumblr. Before you knew it they were moving into your DVR line up. Everything was great-at first.

Somewhere along the path, things changed.  It started small. Maybe you didn’t get around to watching every episode as soon as it came out. That character you used to find quirky and charming suddenly became poorly written and annoying. Eventually you find yourself just reading the recaps. . Suddenly, you've missed an entire season.  Instead of swearing vehemently  that you will marathon that show at the next opportunity, you are left with a feeling of apathy.  You aren't a fan anymore. 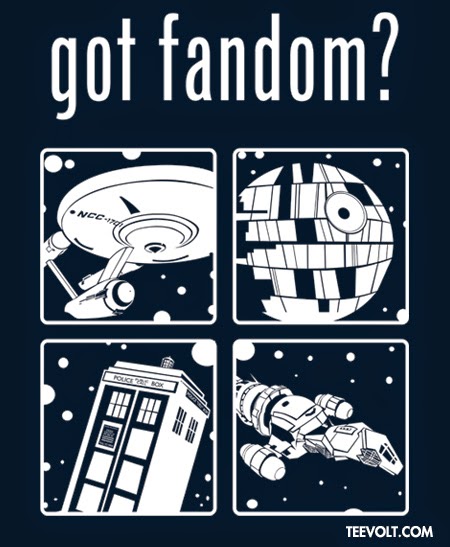 The great thing about being a nerd or geek right now is that there is a lot of choice out there.  That, in addition to our parents' warnings that there are only so many hours in the day, means something has to give. There are the shows you never have time for, and then there are the shows that you try and just don't seem to hold your attention.  Usually an admission of this sort is followed by the person still watching the show gasping and explaining that you gave up "too soon"  or you " missed the best part." However, trudging through a show that long ago lost its appeal means that even when the big payoff does occur you are less likely to be appreciative since it took so freaking long for anything to happen!

Breaking up with a fandom carries a lot of the same baggage as ending a relationship. Anger, guilt, resentment, and maybe even a little bit of pity.  On the other hand, after some time you might decide to give the fandom another chance. None of this makes you a bad nerd or a bad fan. People change and so do long running franchises.

But one day, when you least expect it , you'll meet the one.  Everything you have every watched will be compared to this magical universe.  So go ahead, try something new.  You never know what will happen.

Courtney Lockhart lives in the west end of Ottawa with her husband and step-cat.  She is polishing her skills to pursue one of her dream careers as either a costume drama character, Torchwood operative or executive assistant to a billionaire vigilante. You can follow her daily mission to DFTBA on Twitter @corastacy.
Posted by Capital Geek Girls at 05:46