How to Become a S.H.I.E.L.D Agent: Avengers in Times Square

HOW TO BECOME A S.H.E.I.L.D AGENT: AVENGERS IN TIMES SQUARE
By Jenn Kelly
I'm a huge 'Avengers' fan. Not ridiculously huge, like, I have mementos all over my house, but I love the show and the movies. So when the boys and I found out they were having a wickedly-cool exhibit at the Discovery Times Square, we knew we had to visit. I just want to clarify that we were already in Manhattan. We didn't make a special trip.
The exhibit opened at the end of May, and Stan Lee, yes THE Stan Lee, loved it. We bought our tickets in advance (about $80 with a discount) and arrived there 10 minutes before opening. They have 'timed' visits by the way.
We were allowed to take one photo outside. Unfortunately there were no photos allowed in the actual exhibit. 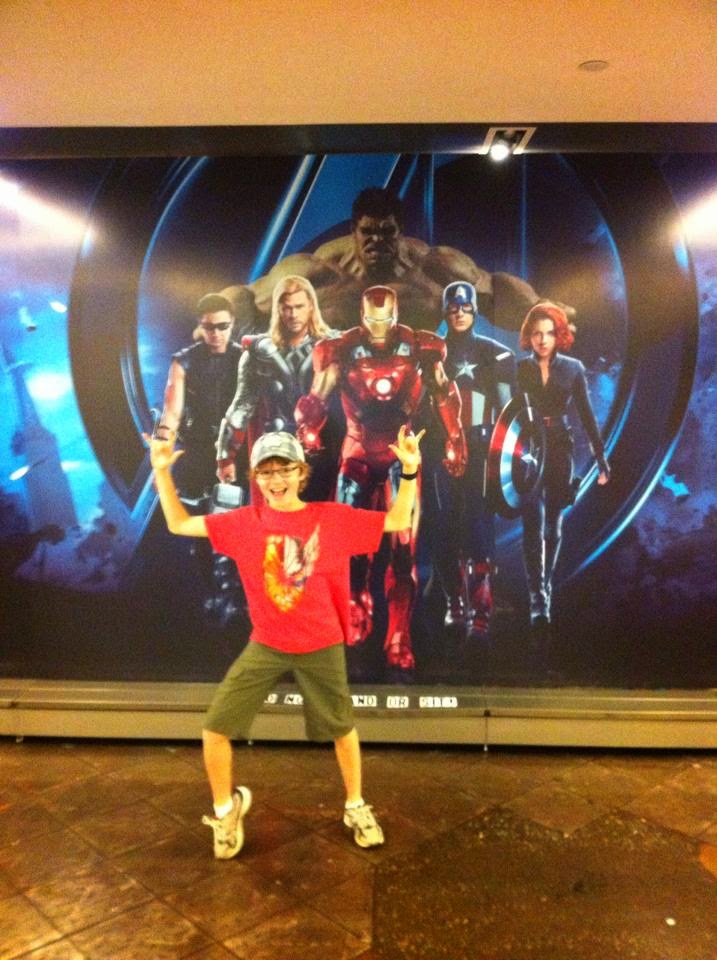 Upon arrival, you were instructed to create your own 'badge'. My child calls me, 'Bad Mommy'. Don't ask. 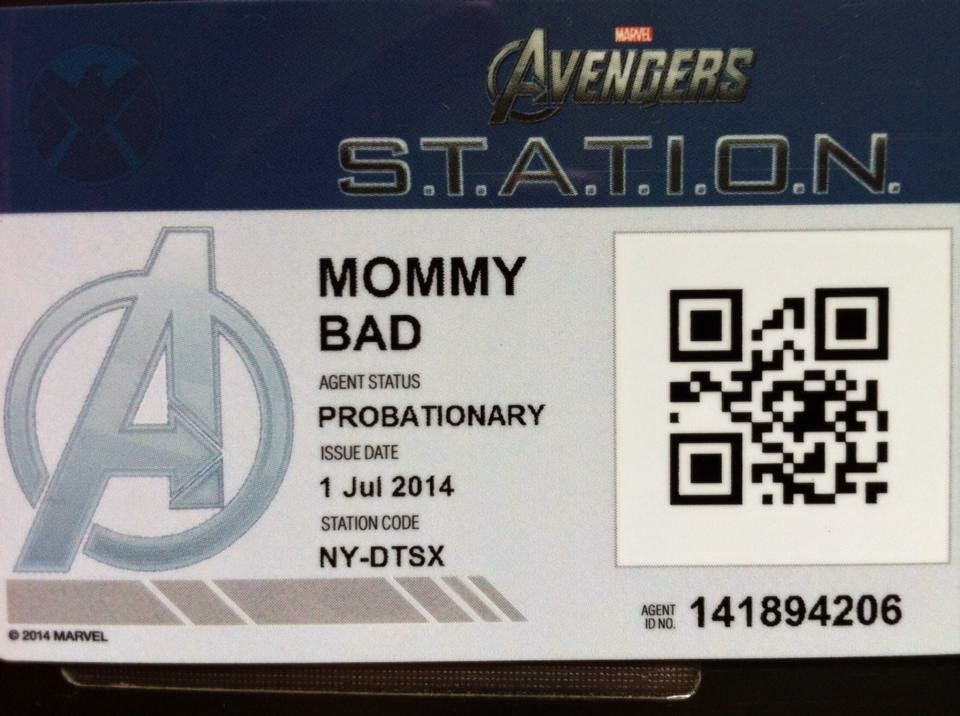 Then you were brought into a room where you were debriefed about the situation. All employees were dressed as S.H.I.E.L.D team and they even saluted. Which of course, the kids loved. And me. I saluted right back. Because I'm awesome like that. 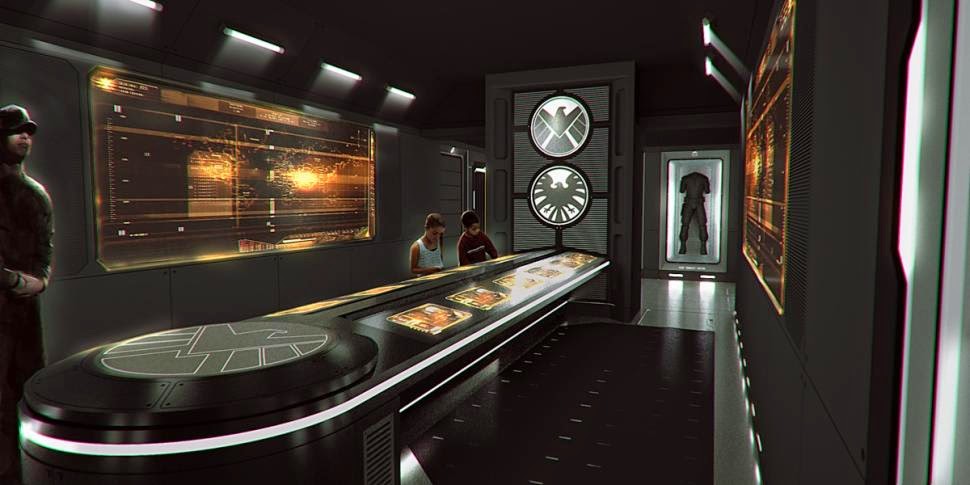 Testing room where you complete 4 tests. Strength test in hand-squeezing a lever; arm strength test in rotating a wheel as fast possible; reflex test in tapping on the 'bad guys' on the computer screen; and the fourth was your weight (thanks). Your results were compared to Steve Rogers a.k.a. Captain America. Of course, you failed. It had glass cabinets filled with Captain America trading cards, his shield, his costume and his gorgeous leather jacket. 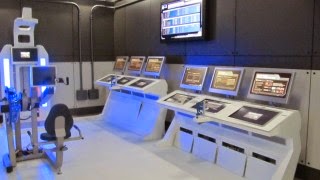 They had a 'Hulk Room', where the computers took your thumbprint sample and showed how your DNA exposure to simulated radiation would result in you too, becoming like the Hulk. It allowed you to use the special ipad to 'control' the Hulk's movements in punching, jumping up and down and banging your hands together loudly to create a sonic boom.  They had the 'Ironman' room where you could 'become' like Ironman with special eye-sensors to blow up planes attacking you; or you could watch yourself be clothed in his costume and try out the thrusters. They had Thor and Loki costumes and even Loki's staff! And when asked where Mjölnir was, we were informed that it was not on loan from Asgard. I was skeptical about the costumes, asking if they were actually used, and I was told yes. But hubby said they winked at him later, so I'm slightly doubtful. They had a write-up on each Avenger - Black Widow, Hawkeye, Nick Fury, Howard Stark, Margaret Carter..
At the end of the two hour tour, we could have stayed an extra hour, playing with the computers that searched space for life and for other planets, there was the gift shop with their $35 t-shirts, of which I'm regretting not purchasing. And of course, you can also pay anywhere between $15-$75 for your group photo with the Avengers. We chose the cheaper version. At least I look all bad-ass. For a mom wearing a skirt. 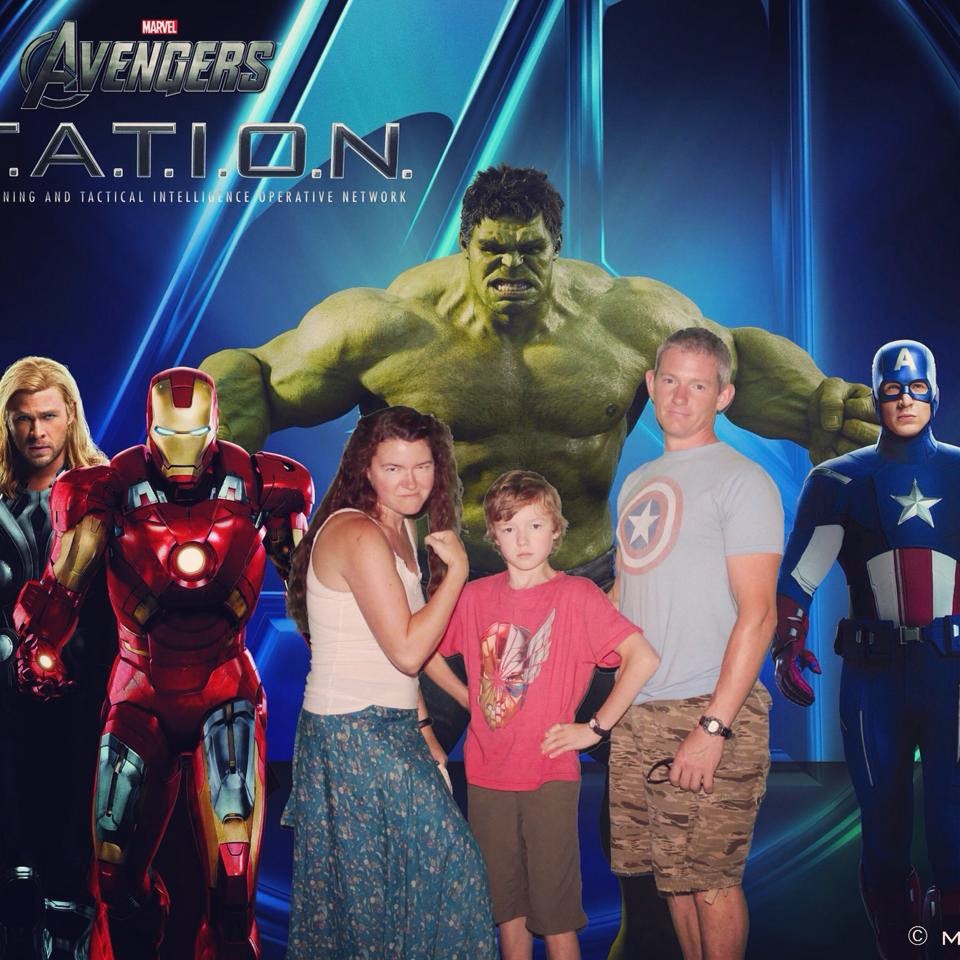 Worth it? Absolutely. Even with the four 'games' not working.

Jenn Kelly is a mom. And wife. And is currently devouring 'X-Men' novels.
Posted by Capital Geek Girls at 21:03