So it's that time of year again. The one and only San Diego Comic-Con and Harley Quinn decides that she will attend this year's convention. First off, the creators treated this comic like the #0 one in the fact that there were multiple writers and artists creating the whole story. And it works as it matches Harley's crazy personality. Also, it was an extremely fun and entertaining read. She gets into all sorts of trouble, including getting kicked out a couple of times and finding herself in a room full of Joker cosplayers, which she proceeds to test to see if her 'real' puddin' in amongst them. And on top of everything, Harley is looking to show her art to top comic artists to see if she could make it in the comic art world, and there are some big names in DC that are drawn and talked with some nice surprises. 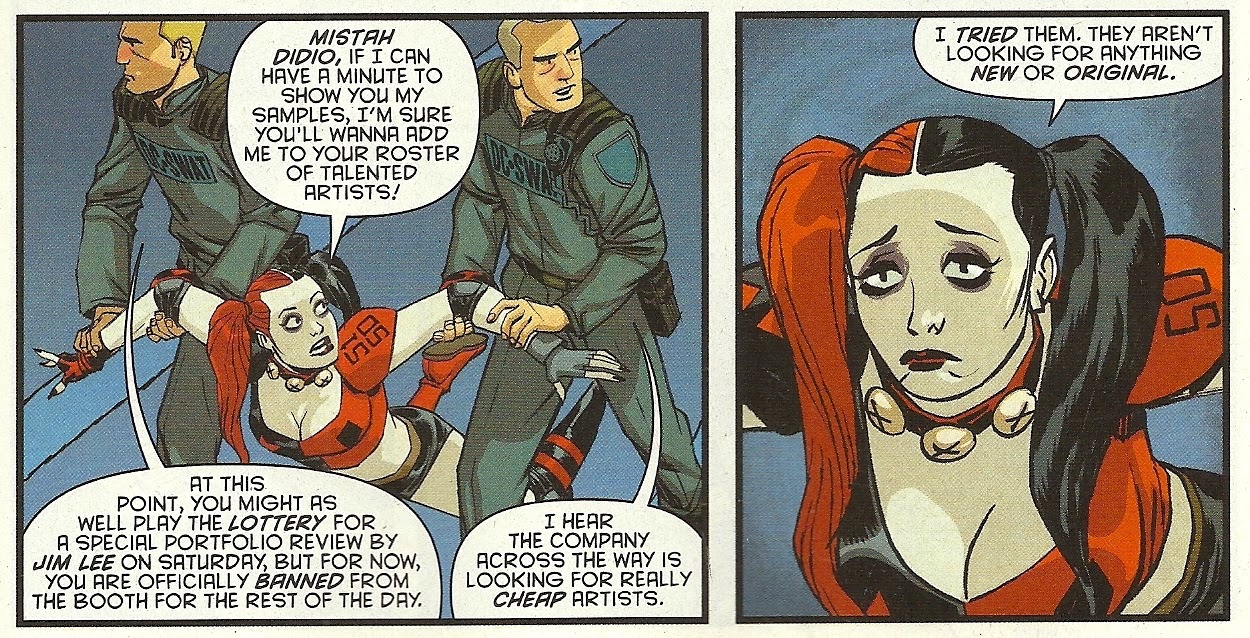 Definitely worth picking up even if you don't collect the regular series as it is a complete story without talking about the rest of her continuity. So if you weren't able to make it SDCC this year, you can still live it through Harley's eyes.

Thea Nikolic aka Critical Miss has been cosplaying for several years and has just recently started hosting panels at various conventions about cosplay. She is also an actor, so she loves to play and act like her various characters that she loves. You can follow her cosplay shenanigans with her costuming husband at their Facebook page https://www.facebook.com/criticalmissandretrojoad. You can also follow her on Twitter @HarleyQuinnBabe as well as on Instagram harleyquinnbabe.
Posted by Capital Geek Girls at 19:58