We here at Capital Geek Girls are all about different points of view. So sometimes, we'll have two people review the same movie just to see what happens. Here is Part 1 of our duo of Transformers reviews. 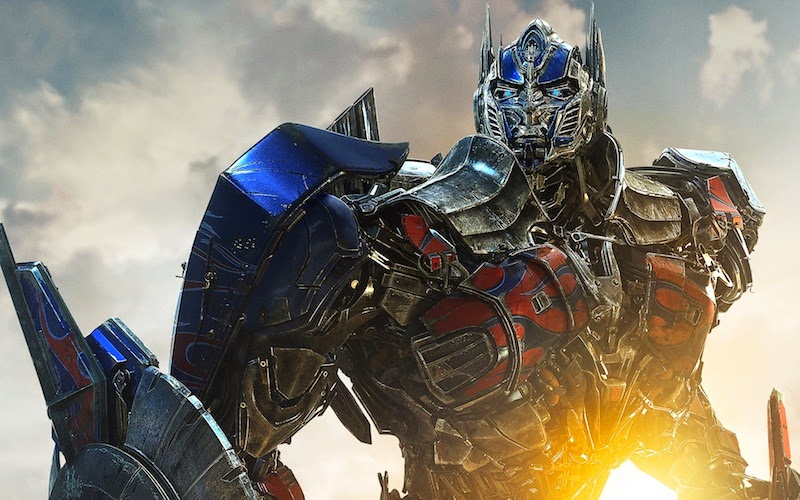 Let me be honest: I am a gigantic Transformers fan, which means I can be extremely forgiving when it comes to Transformers fandom. The classic 80’s cartoon is cheesy as heck and doesn’t stand up to the test of time that well, but if you badmouth it, I will flip a chair.

I happen to like the first Michael Bay Transformers movie. Shia LaBeouf wasn’t a problematic jerk yet and Megan Fox played a surprisingly competent female lead (hey, at least the woman could fight and knew how to hotwire a truck). We got the “breep-breep-brap-brap-brum” classic transforming sound. Best of all, we got to see Optimus Prime on the big screen, quoting his classic quotes in Peter Cullen’s voice. Sure, it was a bit of a mindless action-fest, but as a Transformers fan, I like watching huge robots smacking each other around.

The second and third movies were epic disappointments in every way. I was cautiously hopeful when the fourth movie was announced; different human casts, new story direction, Dinobots… maybe this movie would be Michael Bay’s redemption.

This is why I’m sorry to report that, even with being the die-hard fan I am, I was extremely disappointed in Age of Extinction. 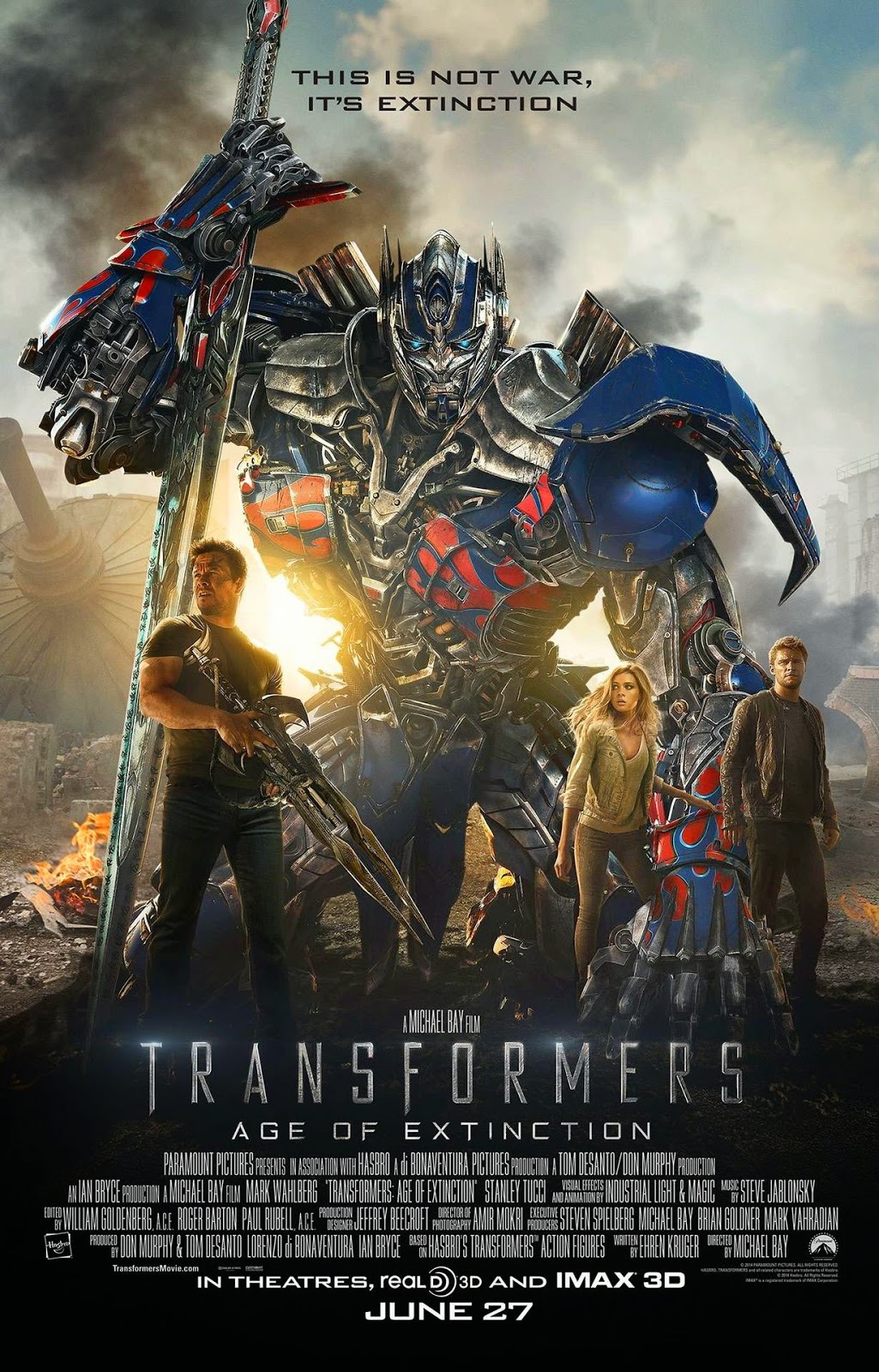 The problem with these movies (among other problems) is that they’re starting to feel less and less like Transformers movies, and more like mediocre action movies with Transformers awkwardly tacked on. The plot of AoE was so disjointed that it was difficult to tell what the stakes were until two-thirds into the movie: a CIA Black Ops led by Harold Attinger (Kelsey Grammer) is hunting down Autobots and Decepticons with the help of Lockdown, a Transformer mercenary who is looking to capture Optimus Prime as his prize. Attinger is working with Joshua Joyce (Stanley Tucci), a Steve Jobs doppelganger who wants to get his hands on transformium, the ‘programmable matter’ the Transformers are made of, so he can create his own robots for profit. Somewhere along the way, Cade Yeager (Mark Wahlberg) and his family get caught up in the action when they find a deactivated Optimus Prime and help fix him.

Then the action moves to Hong Kong, and the Dinobots show up, and it’s all kind of anticlimactic.

I wouldn’t watch the movie again, but I would watch parts of it again. Here are my notes, from worst to best, about this movie: 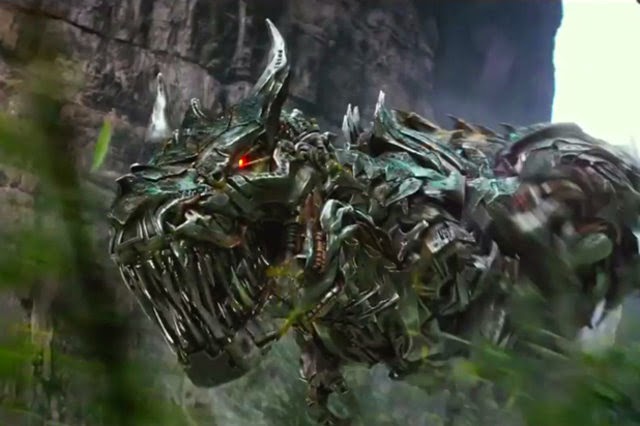 Would I recommend Age of Extinction? Honestly, no. Not unless you’re a die-hard Transformers fan, and even then. There are more Transformers movies on the horizon, but I don’t see anything improving unless the studio finds a different director, hires a better screenwriter, and gives us better female characters and a story focused on G1 characters. 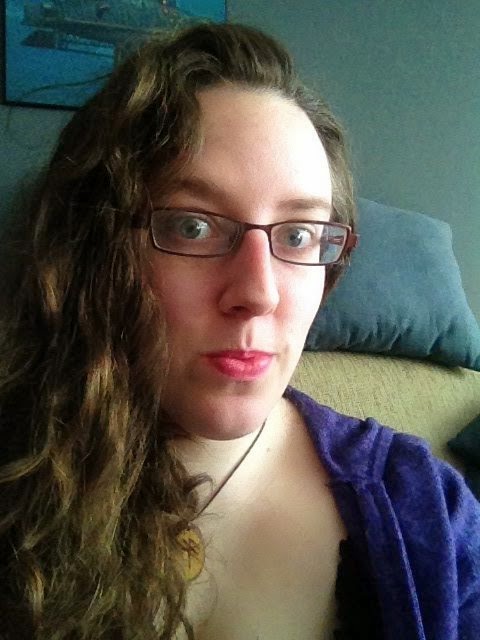 Marie Victoria Robertson is a published speculative fiction writer and playwright, as well as the board president of Jer’s Vision: Canada’s Youth Diversity Initiative (www.jersvision.org). When all the other girls wanted to marry Johnny Depp, she wanted to run away with Worf on the Enterprise. She enjoys giant robots, time-travel paradoxes, and forcing her son to watch Futurama.

Posted by Capital Geek Girls at 05:40