THE LAST UNICORN: CANADIAN SCREENING TOUR AND CHAT WITH THE AUTHOR

I was going to start by saying ‘This weekend, I had the pleasure of seeing The Last Unicorn and meeting Peter S. Beagle’. But to call it a ‘pleasure’ would be a huge understatement.

The 1982 movie The Last Unicorn, along with Peter S. Beagle, the author of the 1968 novel, has recently toured through Canada and, as of this writing, is about to conclude in the maritimes. Like most children of the 80s, I grew up enamored with the movie—it was the source of wonder and escapism I needed in my sometimes-grim childhood. When I discovered the novel, I was in love. It was obviously written from a place of great love for magic and the little mysteries of this world.

In the story, the titular last unicorn embarks on a quest to locate the others of her kind, who have been driven into the sea by the Red Bull. She is aided on her quest by Schmendrick the fumbling magician, and Molly Grue, the sassy scullery maid. Along the way, the unicorn temporarily turns into a human woman, and learns about love and regret. 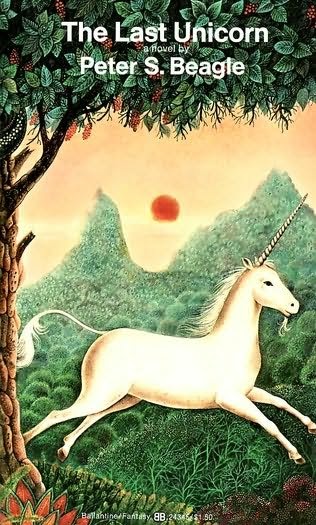 The Last Unicorn was written from 1962 to 1968, though it took two years of cumulative writing. The half-finished book, Mr. Beagle said, was stashed away due to his doubts about the story, and it was only at the insistence of his wife that he pulled it out again and kept working at it.

Seeing the movie on the big screen at Silvercity was a treat. It was heartening to see so many youngsters in the audience, a new generation of boys and girls who will grow up knowing the movie like I did. But it was the presence of Peter S. Beagle, there for a signing and a Q & A, that made my day. I was fortunate enough to speak to him before the movie, before the fans began to swamp him.

Mr. Beagle absolutely radiates charm and sweetness. He graciously took questions from tiny children at the Q & A and answered them on their level. When I confessed an attack of nerves at the thought of speaking to him, he told me, “Don’t be nervous! I’m nothing special, just an old man who fell asleep in the van on the way over here.” He then took my hands and we talked about books and writing for so long that I was worried the people around me would start a mutiny.

But this is Mr. Beagle’s way. When an organizer was asked how long he would stay after the movie, the reply was “As long as it takes for him to meet and speak to every fan!” Class act, all the way.

I asked him what his favourite books were as a child. He said he was fond of the Jungle Books, Edgar Allan Poe, and “anything with animals”. I was moved to hear him talk about how Molly Grue was his favourite character; she wasn’t based on anyone in particular, but was influenced by several strong women he’d known in his life, including his mother. 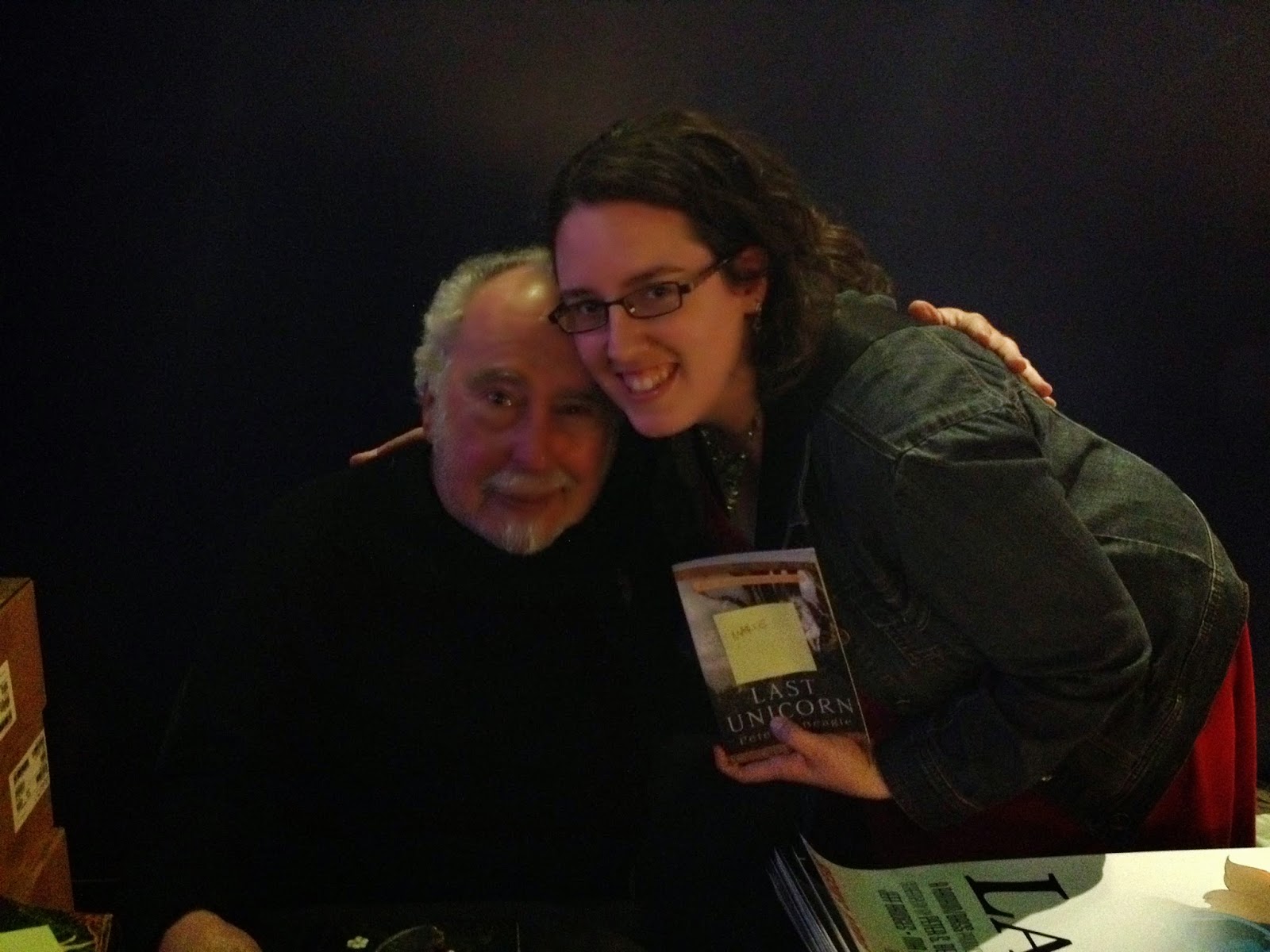 “How did you invent the unicorn?” a little girl asked him at the Q & A.

With a good-hearted smile, Mr. Beagle explained how the concept of the unicorn came from all the mythology tomes and tales he’d devoured as a child. As an interesting point, it was mentioned that, before The Last Unicorn was written, unicorn in myths and culture had always been depicted as male. Mr. Beagle was responsible for creating the concept of the female unicorn.

He was responsible for so much more than just that, of course. The Last Unicorn is a childhood classic that will surely continue to spark children’s imaginations for years to come.

Thank you for the memories, and thank you for my childhood, Peter S. Beagle. Despite what you may think, you ARE special. 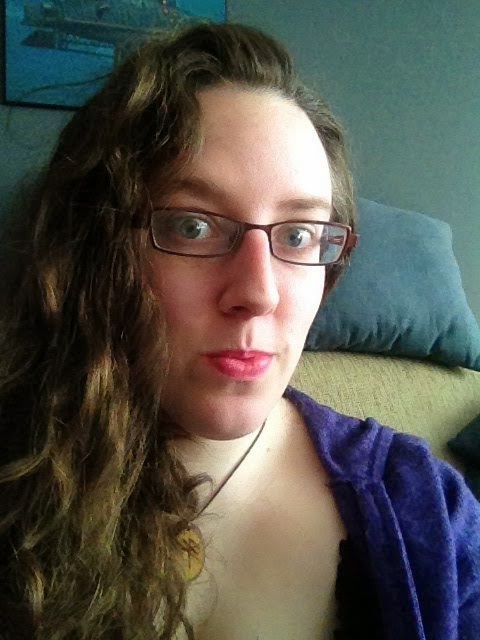 Marie Victoria Robertson is a published speculative fiction writer and playwright, as well as the board president of Jer’s Vision: Canada’s Youth Diversity Initiative (www.jersvision.org). When all the other girls wanted to marry Johnny Depp, she wanted to run away with Worf on the Enterprise. She enjoys giant robots, time-travel paradoxes, and forcing her son to watch Futurama
Posted by Capital Geek Girls at 20:00