SHE DIDN'T KILL US WITH HER BRAIN: SUMMER GLAU'S Q & A
by Angela Hartwick

What better way for me to start off a day at Comic Con than to attend a Q&A session with one of my favourite actresses. Summer Glau is best known for her roles in Firefly/Serenity, Terminator: The Sarah Connor Chronicles, and Arrow but I also loved her in Dollhouse and The 4400. Summer walked onto the stage with her ballerina figure, casual attire, friendly smile, and jumped right into taking questions.

FEMALE CHARACTERS IN SCI-FI/ FANTASY ARE "COMPLEX, CHALLENGING AND INSPIRING"
Summer confessed that as an actress she initially wanted to be Emma Thompson and credits Joss Whedon for the sci-fi/fantasy genre becoming her niche stating he was the first person to believe in her. Before Whedon cast her in an episode of Angel, Summer says her resume was “pretty much made up” and even when she would nail auditions, she would be told to return when she had more experience. Summer shared that what she loves most about sci-fi/fantasy roles are the complex, challenging and inspiring way in which female characters are written.

"IT FEELS GOOD TO BE BAD"
When asked how, as such a seemingly nice person, she is able to channel her inner evil to play villain Isabel Rochev on Arrow, Summer laughed and admitted it feels good to be bad. The hardest part of playing Isabel, she revealed, was finding a wardrobe of high heels and jewels, and learning to express power in a different way than fighting.

EXPLORING LIFE AS A ROBOT WAS "A REWARDING EXPERIENCE" 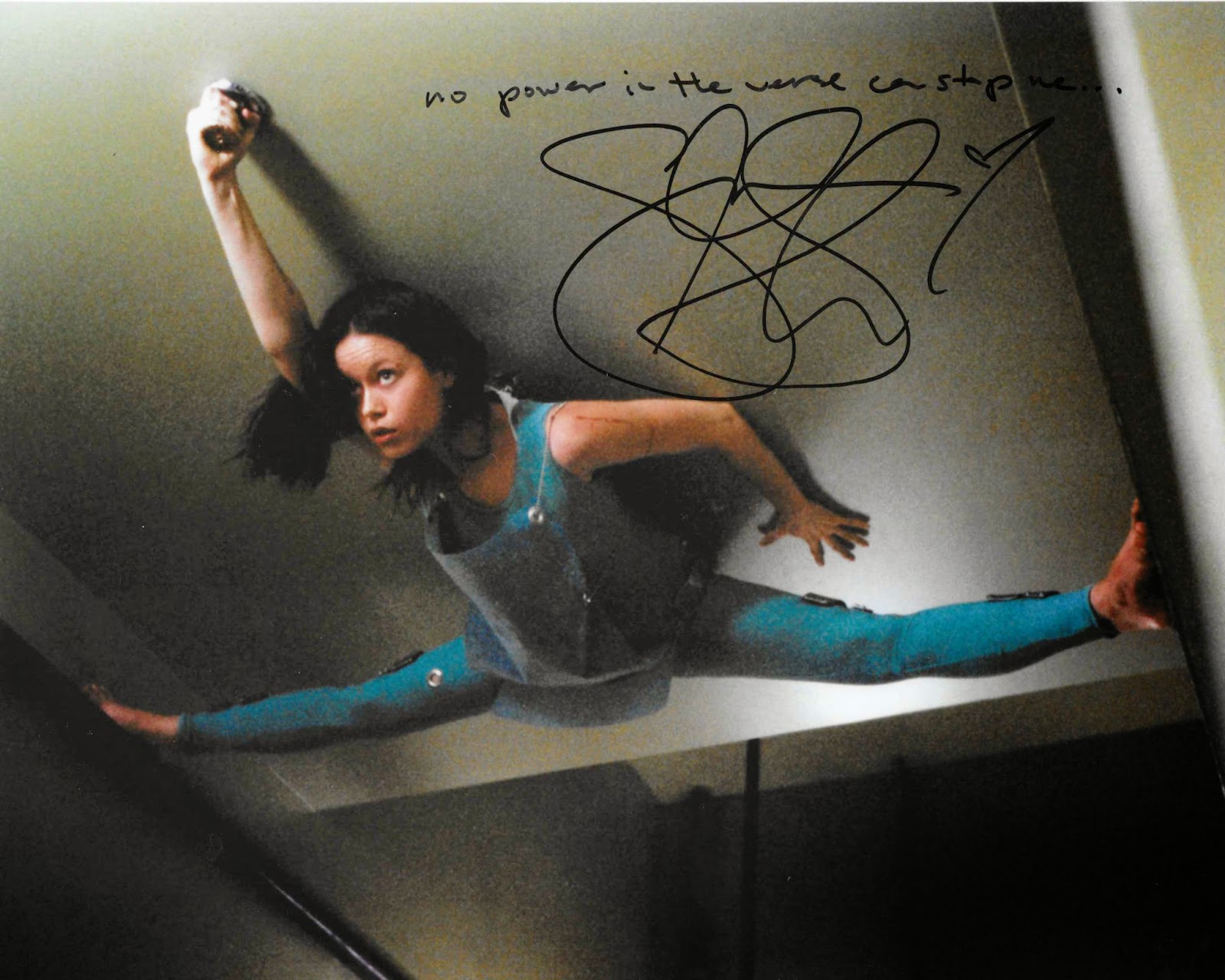 Summer shared that she’d planned to skip out on her audition for Terminator: the Sarah Connor Chronicles but happened to call her mom that morning who convinced her to follow through. I probably wasn’t the only fan in the audience scratching my head when she commented on feeling intimidated at the tall beautiful actresses auditioning (minions: get this lady a mirror!). She joked about being a very awkward runner and how she tried to convince every director that Cameron didn’t run but rather walked ominously. She also joked at her own expense about Sarah Connor Chronicles being the longest series she was a part of (even though it, like several other series she’s been in, was canceled).

IF SHE COULD ONLY PICK ONE ROLE: RIVER TAM
I wondered if the slew of questions related to Firefly/Serenity would be to Summer what a chart topping song is to a long standing band; they’re glad it was successful but tired of having it requested at concerts. It was quite the opposite, which was good news to all the browncoats in the room. When Summer was asked which role she would choose if she could have just played just one, she replied that of River Tam. Summer said the cast of Firefly provided her with a safe place to make mistakes. She also expressed a connection with the character of River, at that point in her life especially, as she could relate to having difficulty expressing herself and trying to make sense of new surroundings.

Angela is a 30-something year old mom of three kids - a baby, a school-aged kid and a teenager – and a furbaby, living in Orleans with her geek soul mate husband. She studied English Literature and Social Work but took an unexpected turn somewhere and ended up working as a policy analyst for the feds. Hobbies include reading, playing boardgames and Magic: the Gathering, cooking healthy foo

ds, blogging, and discussing favourite tv shows and movies. She is the proud organizer of the Ottawa Geek Social Club, which strives to provide meetup opportunities that reflect the many facets of geekdom and beyond! www.ogsc.ca.

Posted by Capital Geek Girls at 21:22