Spoiler Alert: There are some very mild spoilers for season two of  Arrow in this article. You have been warned.

FLASH FORWARD: HOPES FOR CW’S THE FLASH
By Courtney Lockhart

If you caught the season finale of Arrow on regular broadcast television, You were given a sneak peak of Grant Gustin in his full Flash ensemble.  However, if you were like me and watched through Itunes or one of the authorized apps, then the extended trailer The CW released the next day  made up for missing out.   Check out the videos below:

Other than the fact that the show was happening and Gustin’s casting, until these clips Greg Berlanti and Andrew Kreisberg  had kept somewhat tight lipped about  what would be going on in Central City this fall.  The lengthy first look helped, but  still left a lot of room for interpretation.  Based on  the few interactions Team Flash and Team Arrow had this season and the previews above here's what I'm hoping to find on Tuesday nights. 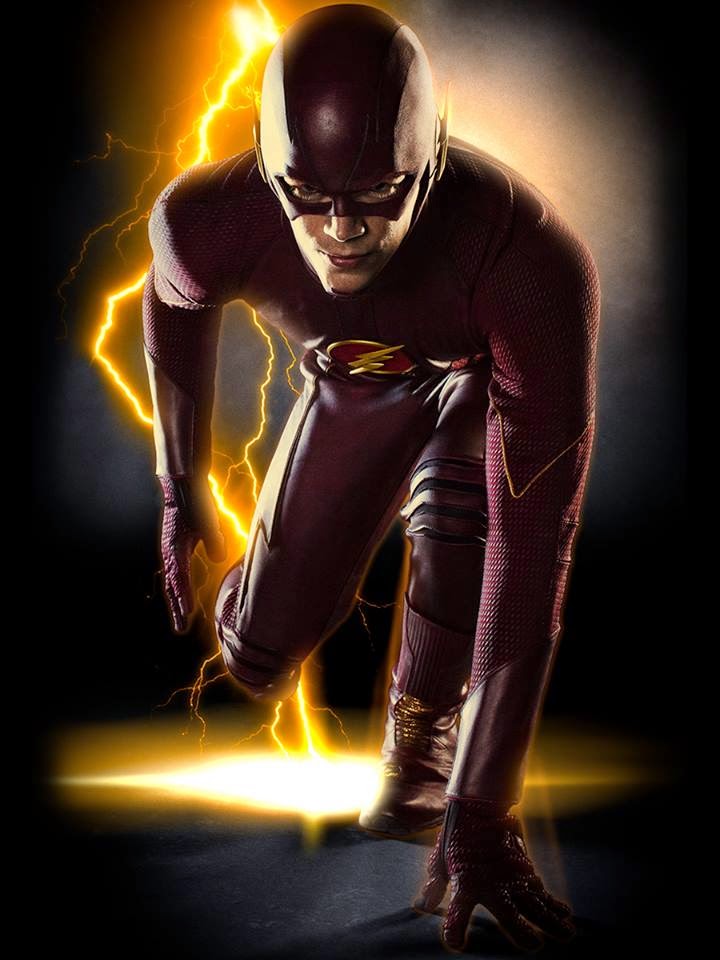 TO THINE OWN SELF BE TRUE:

Back when a new Star Trek series every few years was more of a thing, I used to joke that if you wanted an extra season of Next Generation just watch the first six months of Deep Space Nine. There tends to be a learning curve on any new television show. The writers need to get to know the actors, the actors need to understand their characters. Spin offs have a secondary problem. They also have to find their own unique voice separate from the product they spun off from.

The Flash can’t try to be Arrow. It needs to be The Flash. The dark, militaristic, survivor viewpoint of Oliver, Diggle and Roy is going to look pretty misplaced on Barry and company.  Likewise, if the tall broody crew tried to be too awkward and up the humour quotient, it would look fake and disingenuous to the characters we care about.  I’m hoping the rookie show will learn from its older brother’s mistakes and we’ll see a cohesive product far before mid-season.

PROCEDURAL IS NOT A DIRTY WORD

While long elaborate story arcs are rewarding for long term viewers, there is something to be said for some straight forward bad guy of the week action. Especially in the early days, when drop-in viewers are most likely. I’m hoping they will take advantage of Barry’s day job in forensics to take us on some good old fashioned whodunit cases. It has already been established that he has a habit of dropping everything to follow strange and unusual cases, that is how he got to Starling City in the first place. Which brings me to my final wish:

Felicity is already buddy-buddy with the S.T.A.R Labs crew and the extended trailer shows Barry asking Oliver for some advice on life under the mask. Obviously, this means they are planning on a certain level of fluidity between the two shows. Which I love, as long as it makes sense.  Some programs dutifully squeeze in a crossover every sweeps to the point where you can almost predict when that story will happen.

What I would like to see is smaller, more appropriate swaps.  Is A.R.G.U.S going to decide that Flash is a threat to national security?  Without handy access to Queen Consolidated Applied Sciences division is Oliver going to need to ask Caitlin and Cisco to help him synthesize some pit viper venom or anti-toxin herbs? There is a fine line between acknowledging you are occupying the same space and relying on it.

Even if I don't get everything on my wish list, given the cast and  production team I am very excited to add The Flash to my viewing list. Serious question though: Do you think it will download faster from iTunes than the other shows?

Posted by Capital Geek Girls at 22:21