Prequels vs. Originals: What makes a good Prequel? 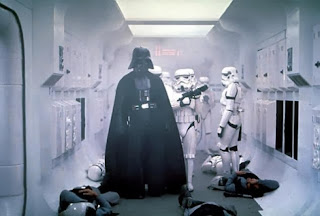 Why does the movie industry insist on bring out prequels? I have been introduced to new characters such as JarJar Binks, taken my view of Darth Vader, the awesomely bad, and discovered what a whiny brat he was in Star Wars Episodes I-III, but has any prequel ever really held up to the original? You might say, what about the Hobbit? Yes, the Hobbit was good, the LoTR trilogy was and still remains one of my favorite movies, broken into three parts of course, but I don’t really consider the Hobbit as being a prequel. Most prequels that come to the big screen have been written after the original has come out. The Hobbit (1937) and The Lord of the Rings (1954) were written in order, and even with Peter Jacksons adds, they still maintain a fluid sequence of events and quality that we expect.

Aliens vs Predator (AvP) promised us aliens fighting predators. While entertaining, there is no way it is anywhere near the entertainment and excitement that the Alien franchise produced. Perhaps it was lacking a more dominate hero/heroine such as Ripley (Sigourney Weaver), and intense action scenes and the horror quality. Predator/Predator 2 had more graphic fight scenes than we were shown in AvP. On the other hand Prometheus was very well done and enjoyable to watch and directed by Ridley Scott. Not as intense as the Aliens were but it was a great prequel explaining how aliens came to be. 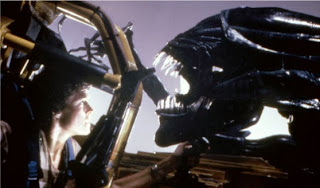 X-Men Origins: Wolverine, blah but Wolverine was good. Why do so few prequels hold up to the original? If we compare directors, as good example being X-Men vs. X-Men First Class vs. X-Men Origins: Wolverine, it seems the ones that don’t seem to hold up to the original are done by directors who have yet to have many great movies in their credit. The only good action, close to superhero movie Gavin Hood has directed was Ender’s Game, based on a novel and with a great cast. X-Men, etc. had a great group of directors, such as Bryan Singer. In the Star Wars franchise, George Lucas had a bigger crew with him the first time around.

Don’t get me wrong. I didn’t dislike Star Wars Episodes I through III. I was extremely disappointed that I didn’t hear Darth Vader’s theme song in Episode III, but they don’t compare to IV to VI. I have high hopes on Episode VII, even being owned by Disney, I have not missed opening day to any of the Avengers franchise movies and I believe that a good prequel/sequel is based on a director’s credits. 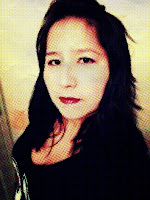 Christina Marie is a re-student at Carleton University, working on her Bachelor of Computer Science. She has been fascinated with Sci-fi since watching the original Star Wars movies when she was younger and spent a few Halloweens as Darth Vader. Currently, her extra time is spent on being a mommy, web programming, playing hockey and gaming from MMO`s to DayZ.
Posted by Jordan at 09:36