Geeky Winter Reads: Classics to Catch Up On

With winter now officially upon the capital, many of us may be spending more of our time indoors.  When we’re curled up keeping warm, what better way is there to entertain ourselves than with a good book? If you’re looking for something new to read, particularly if you’re a Science-Fiction fan, check out the books below.

The story of three friends, Kathy, Ruth & Tommy, Never Let Me Go starts out as somewhat of a mystery.  The three main characters as well as the reader are continually given messages about how significant they are, how important their wellness is, how they are destined for special things.  You will spend quite a few pages wondering “But *why* are they important?!”  As you follow the lives of the three through the eyes of Kathy, you will learn what their destiny is, what they feel about it, and where their lives take them. And it will astound you. Never Let Me Go asks us how far the future will take us, whether we, as humanity, will approve of where we end up, and reminds us not to forget what it means to be alive.

I first picked up Slaughterhouse Five in 2007 shortly after Vonnegut’s death, when I shamefully realized that I had not read any of the man’s books. In the book, Billy Pilgrim, the main character, was a chaplain’s assistant in World War II when he was captured by the Germans and sent to a prisoner of war camp.  Generally Billy is an unremarkable fellow, except for one fact.  He has found himself unstuck in time. Each desperate or significant event in his life sends Billy travelling through time, and thus leaves the reader with a novel that does not follow chronological order.  From one page to the next you could end up anywhere, just like Billy.  Even, apparently, kidnapped by aliens.  There’s certainly nothing dull about a war veteran, time travelling, optometrist who knows how and when he’ll die. If you want to know too, curl up with Slaughterhouse Five.

Perhaps the original ‘geek girl’ herself, Mary Shelley wrote Frankenstein as part of a competition between friends to see who could write the better horror story.  Suffice it to say, I think she won. What began as a dream about a scientist who created life and then was horrified by what he made, the famous story follows Victor Frankenstein (which is not, as many assume, the name of the monster).  Victor spends his years at university obsessed with the idea of finding the source of life.  Eventually convinced that he has found it, the arrogant doctor proceeds to build a ‘man’ out of body parts of the deceased, an undertaking many of us know cannot end well.  But one thing is certain; Frankenstein will make you wonder which is the monster – creature or creator? 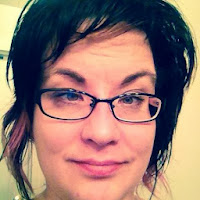 Despite her day job as a bureaucrat, April Laramey is a writer, dabbles in photography, spends too much time on the internet, and occasionally gets some exercise. Her favourite colour is green, she wants to work in a bookstore when she grows up, and when she dies she wants her tombstone to read "To Be Continued..." You can find out more about her and her writing at her webpage, facebook or twitter.
Posted by Jordan at 09:42