2014 has proven to be a really important year for folks dedicated to ending violence against women in Ottawa. Unfortunately, it’s taken a series of tragedies for much needed conversations to happen. From the threats of rape thrown at the University of Ottawa student president  to the arrest of a much-sought-after “serial rapist” haunting women across the city, residents have had to face the facts that Ottawa’s reputation of being a safe city really depends on who you ask. 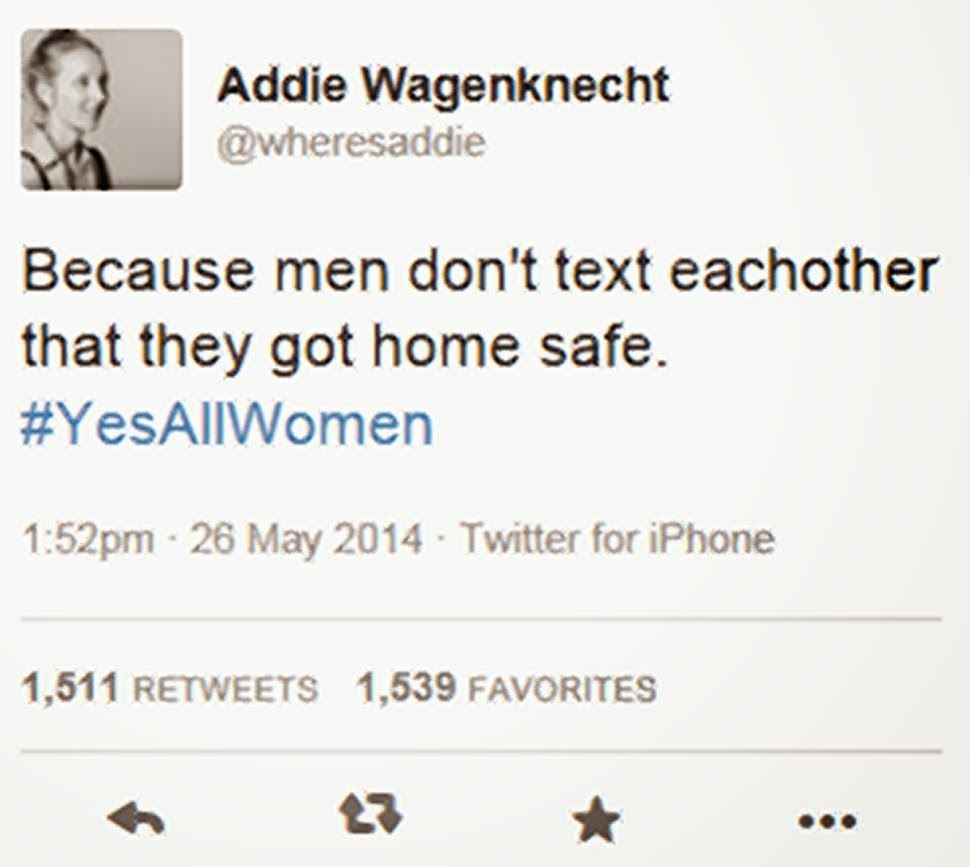 The reality of gender based violence came to a head with a recent horrific shooting in California. When it became clear that the shooter was motivated, in large part, by his misogyny, feminists took to social media to remind folks that #NotAllMen commit violence against women but #YesAllWomen are affected by it.
As an organization dedicated to ending gender-based violence in public space, we were moved by the amount of stories on the #YesAllWomen hashtag that related specifically to street harassment.  For many women and queer-folks, street harassment is a rite of passage; a daily reminder of their gender and gender presentation.
Yet the most common negative response we get to our work is the idea that we should just relax because it’s not harassment; it’s a compliment! Those men who are making you feel uncomfortable in public space are just trying to brighten your day, honey! 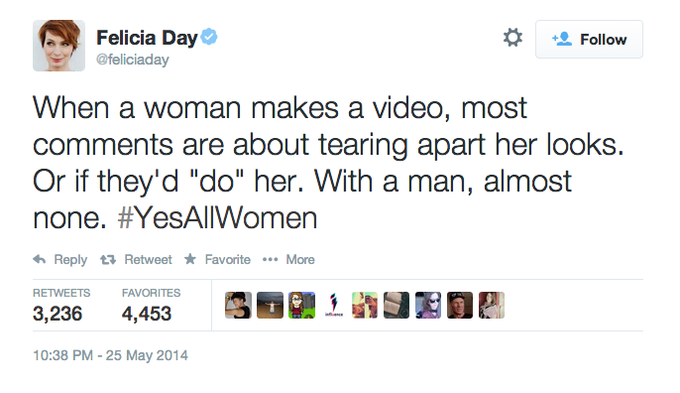 Street harassment isn’t about “flattery”. We know that because we’ve read far too many stories of women who’ve refused someone’s “compliment” only to be told “Fine, bitch. You weren’t that hot anyway”.
Not to mention the amount of street harassers who skip trying to be play nice and head straight for the insults, the homophobia, transphobia, racism, ableism, etc.
Street harassment is about maintaining the status quo. It’s a reminder to women and queer folks that public space doesn’t belong to them and that by leaving the house, they’re “asking” for scrutiny.
Sadly, the reminder that “This space is not for you” isn’t unique to streets. 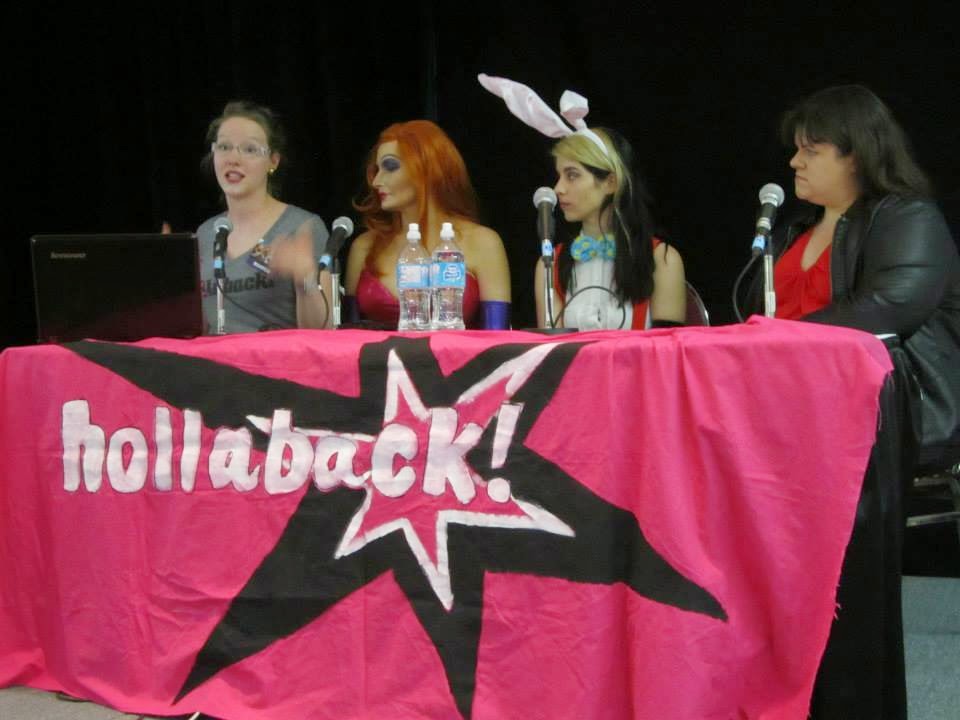 This past May, we attended our first ever ComicCon where we hosted two panels on the issue of harassment at Cons and in particular, the notion that Cosplay =/= Consent.
Both our panels were well attended and more importantly, generated lots of important conversations about the reality of harassment in Geek spaces and the fallacy that all geeks are in this thing together. We wish Geek spaces were this amazing kumbaya environment but our presence at the Con and the very existence of the Capital Geek Girls is proof that sadly, that isn’t the case.

As #YesAllWomen trended around the world, people got a tiny glimpse into the ugliness of misogyny. It was an important, albeit rare, opportunity to shed light in dark places. But unless we insist on continuing the dialogue in every space of our lives, these conversations will be relegated to the occasional headline. We can’t let that happen. There’s too much at stake. 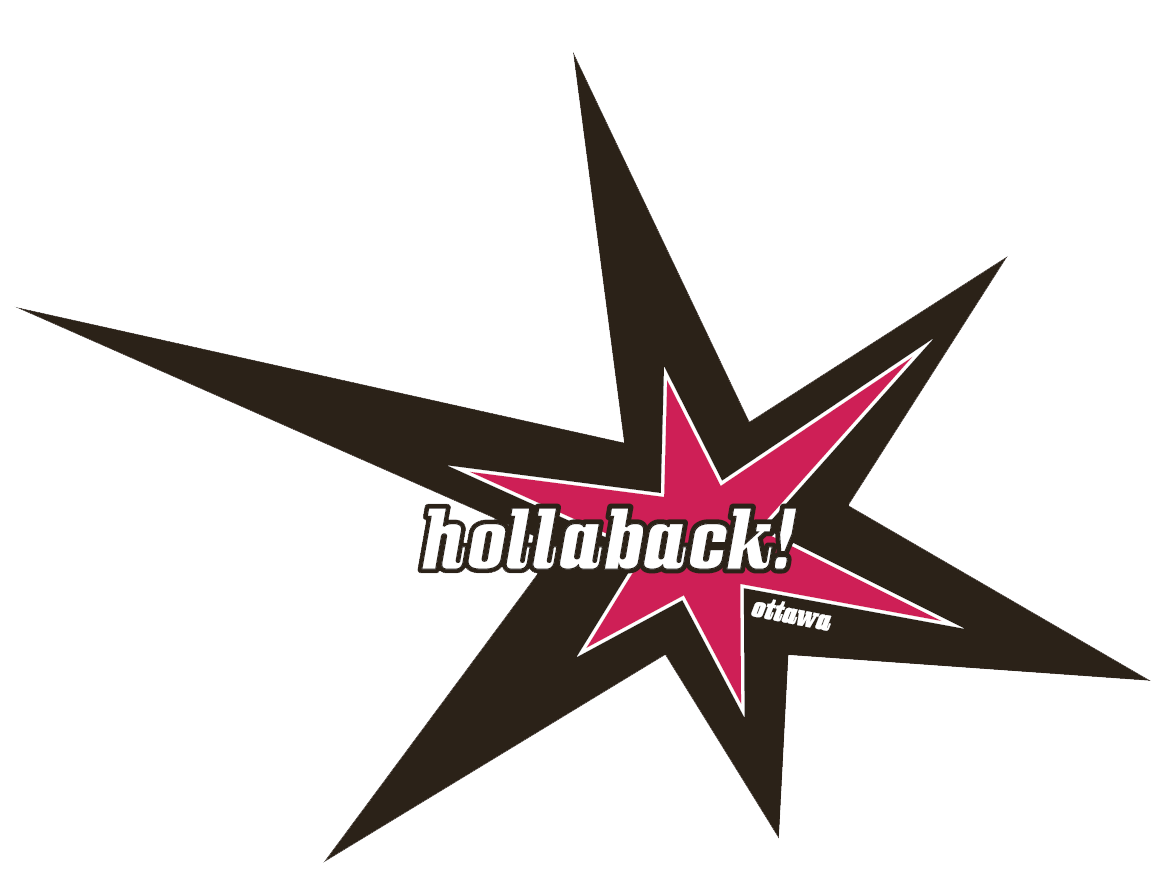 Julie S. Lalonde is the director of Hollaback! Ottawa, the local chapter of an international movement dedicated to ending street harassment.
Posted by Capital Geek Girls at 20:00