Defining Age Appropriateness in Television and Films For Your Geekling

DEFINING AGE-APPROPRIATENESS IN TELEVISION AND FILMS FOR YOUR GEEKLINGS

Most people are familiar with the Canadian rating system of G, PG, 14A, 18A and R, if only from knowing which movie theatre rooms they’d be permitted to enter as teenagers. What kids watch on television though is for the most part only regulated by parental supervision. Being as how geeks deeply love their particular brand of pop culture, it’s natural to want to share everything with your geeklings. I’m here to tell you what you should and shouldn’t let your children watch.

Just kidding; to each their own. I would like to share some related experiences though, and also promote the bejesus out of an insightful website called Common Sense Media.

WHAT DO BATMAN AND STACY HAMILTON HAVE IN COMMON? 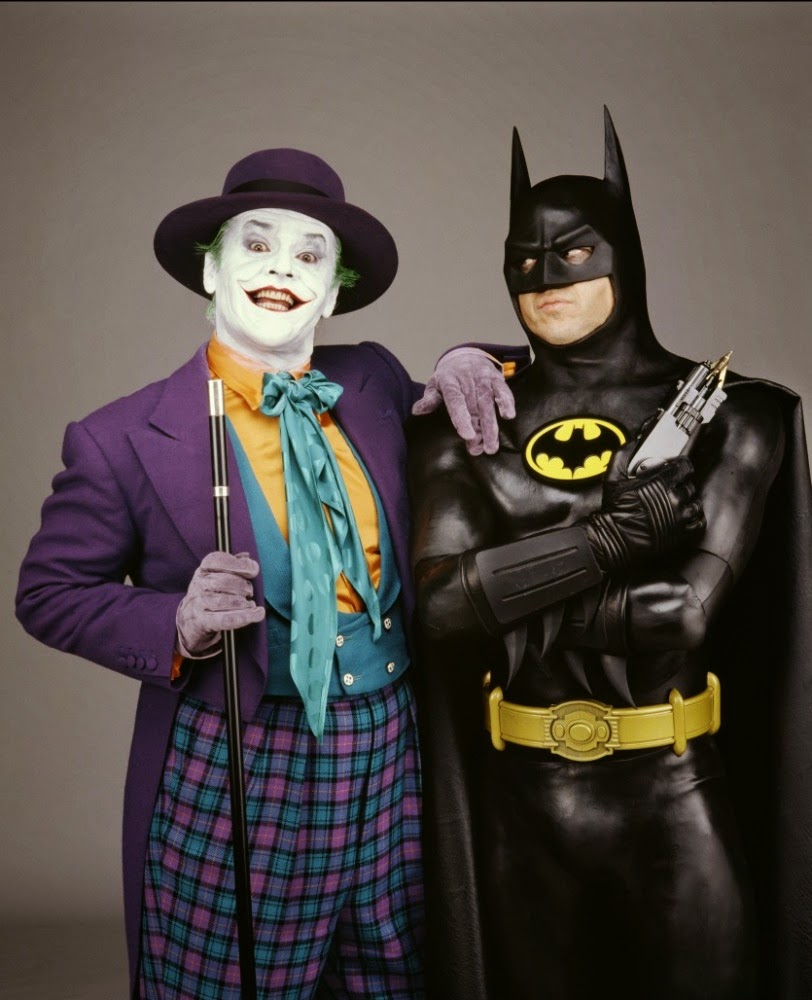 There are two instances as a kid that I knew I was watching something I shouldn’t be. The first was Tim Burton’s Batman, rated PG-13. I was six or seven and watched only parts of the film with some older cousins. The storyline was lost on me and, well, I ended up terrified of Batman, like afraid to fall asleep at night because Batman. Batman was sulky, serious, overpowering and hid behind a mask while Jack Nicholson as the Joker just looked goofy. Sometime afterwards YTV aired reruns of the 1960s Batman series and that was an instant cure the my Batmanaphobia.

The other time I knew I was watching something I shouldn’t be I was 11 or 12 and it was Amy Heckerling’s Fast Times at Ridgemont High, rated R. The location where I watched it and the sequence made the experience memorable. It was a Christmas party at my aunt’s house with my Portuguese family (comparable to Toula Portokalosk’s family in My Big Fat Greek Wedding). My Christmas wish list that year included Fast Times because I was eagerly awaiting the release of Clueless and thought to check out the only other film directed by Sterling in the meantime. My parents bought it for me and I brought it to watch at the gathering. I watched it in the living room side of an open concept dining area - I picked up on the mature subject matter and swearing but no one seemed to notice so I kept watching. The moment 15 year old Stacy’s breasts appeared on the screen in her devirginization scene I knew I was in trouble. I froze and watched as 20 Portuguese adults went from talking over each other at deafening volumes (their normal) and children running around playing with toys all fell into a stunned still silence all heads turned to the television set. My mom got up, nervously fidgeted with the VCR (the scene was over by then), yelled at me, and confiscated the movie for a few weeks while my dad reviewed it (in retrospect, yes, that is weird).

These experiences didn’t cause me to overly helicopter what my children watch. I still take max flexibility on the rating system when determining what I allow my kids to watch. They did however emphasize the importance of talking about storylines during or after a viewing, emphasize positive messages, and try to either watch or read up on films before the kids watch them. My main grievances as a parent usually relate to content that reinforces stereotypes and misogyny, and the inclusion of product placement, factors that amazingly are considered in ratings by Common Sense Media.

Common Sense Media is a non-profit organization that takes seemingly everything under consideration to review television shows (among other media). They individually rate a show’s educational value, positive messages, positive role models, violence/scariness, sexy stuff, language, consumerism, and drinking/drugs/smoking on a scale of one to five. Age appropriateness is colour coded, with green meaning age-appropriate, yellow meaning it depends on the kid, and red meaning there are serious issues to consider. The reviews themselves involve a one paragraph synopsis of the rating and elaboration of four straightforward categories: “what’s the story?”, “is it any good?”, “families can talk about…” and “movie details”. In addition, user reviews include a most appropriate age so everyone has a chance to make a pitch for a younger/older audience.

Let’s have a look at the high-level details of some geeky favourites to see how they fare.

Kiki’s Delivery Service, a Hayao Miyazaki classic that makes a great introduction to anime, gets a fairly positive review. Common Sense Media judges the minimum age for which the content is relevant as 5.

The synopsis for the original Ghostbusters on the other hand may cause some parents to think twice, or at least click on the green factors for more information. A lot of popular 80s films score surprisingly high in sex, language, consumerism, and drinking/drugs/smoking (see also: The Goonies, Indiana Jones, and Short Circuit).

I watched Michael Bay’s Transformers with my son when he was five and it was a great disappointment. I was excited to introduce him to the world of Autobots and Decepticons and while I expected violence I was caught off guard with the racism, stereotypes and explicit swearing.

I appreciate the insights provided by Common Sense Media but in the end think it comes down to knowing your kids and what value/harm viewing something will have on them. As part of that, we need to respect other parents’ decisions as well when their kids are over. We used to host an annual Halloween-themed night for my daughter’s entire class and as a part of it they watched Arachnophobia in grade 6 and Poltergeist in grade 7. The films were noted on the invitation and their rating and genre were mentioned to parents when they dropped off their kids. We piled the tweens in the basement for the viewing and the ensuing screams and hugs really were...fun (kids who didn’t want to watch hung around the snacks upstairs). They still talk about it to this day and to my knowledge no chronic nightmares ensued.

Last Sunday my 14 year old daughter and I rushed to Pop Expo to get James Marsters’ autograph, who to us is none other than Spike from Buffy the Vampire Slayer, and to our fangirl delight he was pretty chatty with us (!). He talked about be genuinely angry during the photoshoot in which the photograph we were having signed was taken. Marsters recalled that the photographer had asked him to twirl in order to lift his cape, and he replied that if he’d heard of the character he was shooting he’d know that he sucks people’s blood and kills them, and wasn’t about to dance or twirl. Marsters planned to reject all photos taken that day, but when he saw his genuinely pissed off face in the proofs it turned out to be his all-time favourite Spike photo. 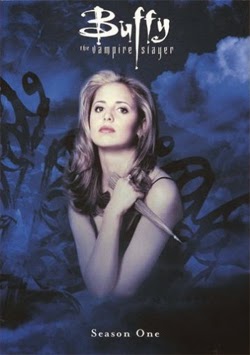 {TRIGGER WARNING} My daughter had been in Marsters’ Q&A the previous day and thanked him for the way he handled the bathroom scene question from the episode Seeing Red of season 6. The scene deals with attempted rape and at the time that it aired was the only episode in the series to have to air at a later time of night on YTV. This led into me sharing with Marsters having first watched Buffy starting in high school and the experience of watching it last year with my daughter, despite a few uneasy moments in the storyline like the bathroom scene, and really appreciating him having spoken to it. Marsters LOVED that I shared the show with her. He high fived me for it and told my kid that his parents have never watched a single episode of Buffy as it isn’t their genre (gasp!). He was all smiles and said Buffy makes a great show to grow up with because it conveys the message that you can do anything. He grew up watching Planet of the Apes which preached humanity being doomed and hopeless, and so how amazing it would be to grow up on such a positive message.

Marsters also told us about how he’s only ever met one person who confessed to not liking Buffy, and giving Sarah Michelle Gellar’s size as the reason, saying it just isn’t believable that a small framed girl would be that strong. Marsters said he put that guy in his place, stating he’s worked with similarly sized female stunt devils that are triple black belts and they can kick anyone’s butt. But also didn’t he catch the part about the Chosen One’s super strength?? We told him about how when we started kickboxing we pretended we were Slayers and that our instructor was our Watcher. We were quite giddy by this point at how personable he was being and as a result started talking too much.

Overall the conversation brought home to me how much series can change over time, and how this era of marathon series watching means kids don’t grow older at the same pace as the characters do. Season 1 of Buffy was okay for say, a 10 year old, but seasons 6 and 7 not so much, and that 10 year old isn’t 17 by the end of the series but still only 10. It’s just one more thing to consider when judging when to share our favourite fandoms with our geeklings.

Posted by Capital Geek Girls at 19:56