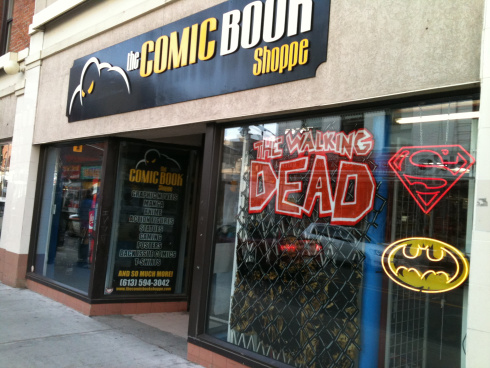 If you have any ideas of things you'd like to see Capital Geek Girls hosting, comment below or email me. And keep following the Facebook fanpage, where we keep you up to date on fangirl news and happenings!
Posted by Jordan at 09:24 No comments:

Geek Girls Unite: the launch of the Capital Geek Girls!

Originally published on our sister blog, GirlCrafted.com
by Jordan Danger

When I was 11 years old, there was a power outage at my grandparents' house. I was scared, so Dad gave me paper and pencils and told me to keep busy. I drew a bunch of superwomen, and I just never stopped.

My first serious crush, at a very young age,was on Darth Vader. When he took off his helmet in the last episode to reveal an ugly, ruined man, my heart broke.

I rallied and turned my attentions towards Boba Fett.

I was raised on Star Trek. I had seen every single episode of Next Generation before I hit puberty...and not just once; at least three times each.

In grade 6, I went to school for Hallowe'en dressed as a Bjorn priestess. Nobody else watched Deep Space Nine, but I didn't care.

I collected XMen titles religiously until the conclusion of the Phalanx Covenant series, then switched to anything Michael Turner was drawing.
When I was 14, I made over all my Barbies into superwomen. I lovingly built wire-and-papier-mache claw hands for Penance; I agonized over a bomber jacket for Rogue made out of brown vinyl.

In high school, my parents banned me from playing RPG's (the old-school, in-person kind) because they were worried I was 'running with the wrong crowd'. So my friends helped smuggle me to games. That is quite literally ALL the trouble I got into for most of high school.

I have a tattoo inspired by Battlestar Galactica, and another one which is a quote from V for Vendetta.

So I am, unabashedly, a self-professed geek girl. And if you understood even 30% of what I just referenced in those confessions, you might be one, too.

Over the last few months, I've heard some concerning rumblings about geek girls meeting with judgment, sexism, and meanness from the male geek world. A recent girls-only event held at the local Comic Book Shoppe on Bank Street (Ottawa, Ontario) caused several fanboys to get their capes in a twist because the event wasn't open to them, too...nevermind that the rest of the year, almost all geek events are heavily dominated by fans who are male. The event was an opportunity for girls to connect with the things they love without feeling hit on, put down, or excluded from the real action. It was an awesome fun time, and I found the criticism really distasteful and, well, dumb.

I was talking to my BFF, MJ (perhaps the queen of girl geekdom), and she said that this wasn't an isolated phenomenon. Apparently, there's a widespread belief that geek girls are 'posers', wearing Flash tee shirts or Super Mario belt buckles just to look 'cool'; that girls can't possibly be as fanatical about our geek things as boys are.

Well listen up, sexist fanboys: I hear you roll newbie girl Magic players on their first night and scare them off from coming back. I hear that you wanted into the girls-only event so you could check out more than just the merchandise. I hear that maybe you're just bitter that those cool Flash tee-wearing girls don't find your knowledge of Batcave blueprints as sexy as you thought it was.

For the girl-friendly fanboys: I'm sorry you had to hear that. You're +20 to cool. 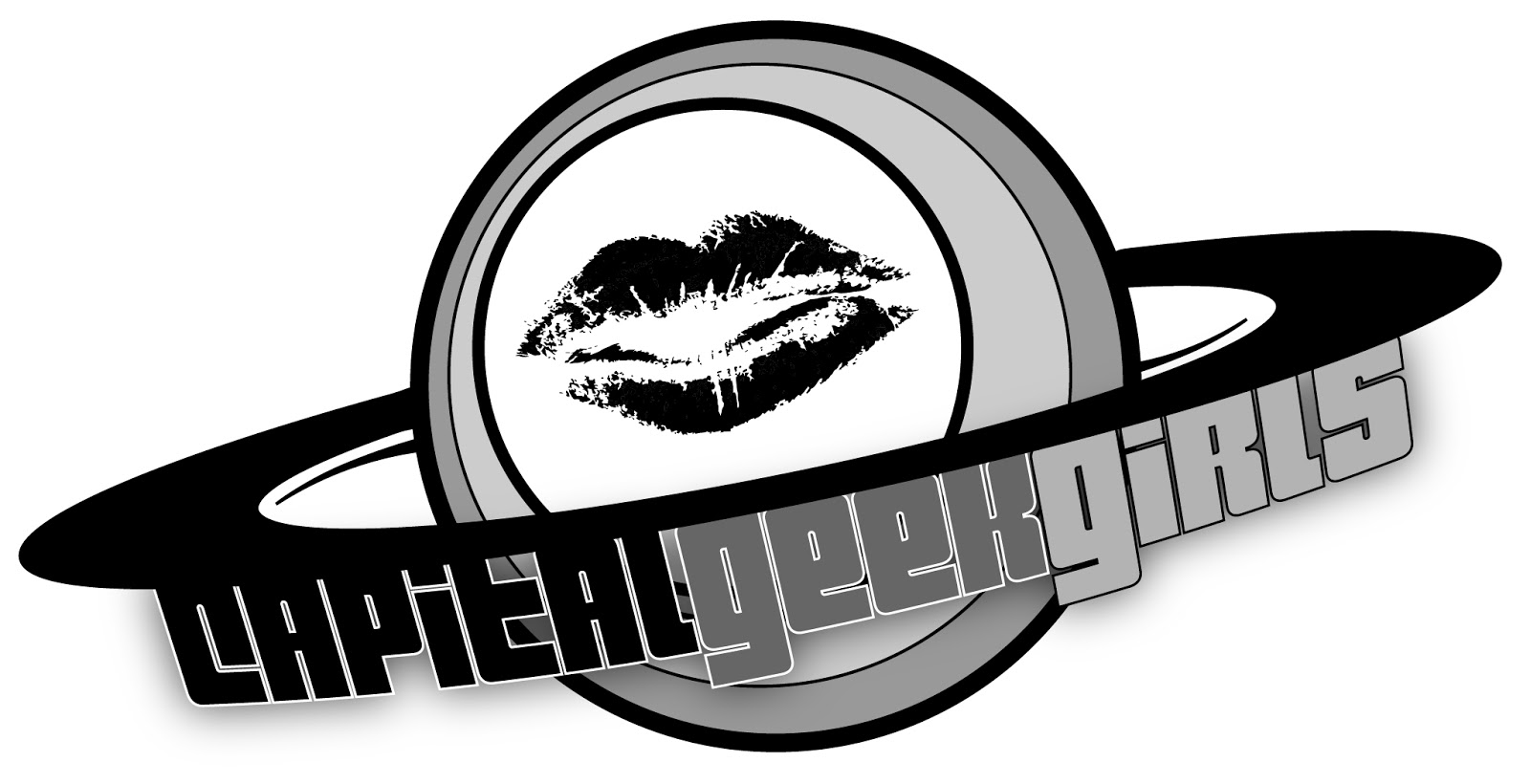 Anyway, ranting aside, I've taken steps to encourage the inclusion and engagement of geek girls in the land of Geektopia. I've begun a modest Facebook fanpage for a little fan club I'm putting together, called Capital Geek Girls. All girls (and girl-identified humans) are welcome to join--as are enlightened males, of course. Capital Geek Girls will be a place to keep connected with geeky happenings, new products/shows/games that girls have an interest in, and maybe even some stories about geek girls in geek industries. The geek world is famous for its DIY component, so I'm going to be spotlighting some great geek girl creators on GIRL, CRAFTED as well.

Over time, I hope Capital Geek Girls might have a formal headquarters (not a secret one, though...that seems counterproductive). Perhaps we'll have meetups, or tweetups, or other events, too. [Post Script: we totally DO have a headquarters now! Find us at The Comic Book Shoppe on Bank!]

I invite you to go 'like' the Capital Geek Girls fanpage right now. Don't forget to click 'get notifications' so you see all the posts. And listen, ladies: don't worry if you don't know the first and last name of every Green Lantern, or if you're only into one kind of videogame genre. There's no geek gauntlet to run before you can earn your geek stripes. If you're a girl, and you like geek things, we want to see you on the fanpage. And keep checking back out GIRL, CRAFTED, too. I will keep the updates flowing.