For the past couple of weekends I have indulged in one of the universal vices of the digital age: Binge Watching.  I made my way through approximately 300 episodes of three different series in less than 96 hours and before you ask: yes I did eat, sleep, shower and occasionally leave the house.  It helped that the episodes were less than 15 minutes each.

So what had me so enthralled? Four words: Jane Austen on Youtube. 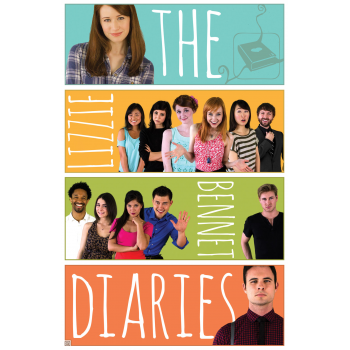 It started with The Lizzie Bennet Diaries, a modernized version of Pride and Prejudice told through vlogging and social media.  The transmedia approach means that in addition to Lizzie's point of view, the audience can follow other characters, like trouble wild child Lydia or supportive best friend Charlotte through the story.  There are no one dimensional  characters. Even if there isn't enough time in the videos to flush everyone out, they can keep developing through Twitter and Tumblr.  For example, during the first week of the story when Lizzie and her sisters are being introduced to us on the main channel, over on Twitter you can read along as Bing Lee surprises his sister Caroline and best friend William Darcy with the news that he bought a house called Netherfield.

However, all the cross platform promotion would mean nothing if there wasn't a quality program to go with it. The writing is wonderful and the performances are enthralling.  The Lizzie Bennet Diaries 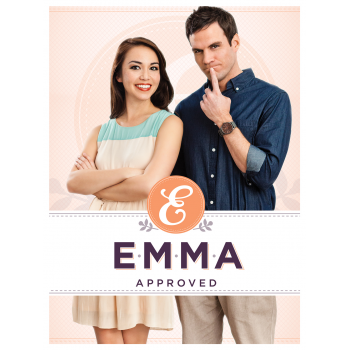 won a 2013 Creative Arts Emmy for Best Original Interactive Program and I have rarely seen a show deserve an award more.

Thanks to DVD sales and an overwhelmingly successful Kickstarter campaign Pemberley Digital, the production team  behind LBD, has created two more equally addictive series. In Welcome to Sanditon  the viewers become a part of the story. Based  on Austen's unfinished manuscript Sanditon, Georgina "Gigi" Darcy moves to a small California beach town to beta test her brother's latest technological marvel. Written story arcs are combined with fan made videos to show a town in the middle of a social civil war. They followed up with their take on Emma called Emma Approved. Emma Woodhouse is a lifestyle guru documenting everything that goes on in her office for the eventual lifetime achievement award she expects to receive- much to the chagrin of her business partner Alex Knightley.

This week Pemberley Digital will premiere it's first non-Austen series. Frankenstein MD starts on PBS Idea Channel August 19th.  Set in a modern university, Victoria Frankenstein  is determined to prove herself through her unorthodox experiments. This will be the first time I will be following a Pemberley production live and I'm pretty excited to play along.

Courtney Lockhart lives in the west end of Ottawa with her husband and step-cat.  She is polishing her skills to pursue one of her dream careers as either a costume drama character, Torchwood operative or executive assistant to a billionaire vigilante. You can follow her daily mission to DFTBA on Twitter @corastacy.
Posted by Capital Geek Girls at 22:02