Bears and Beets and Battlestar Galactica 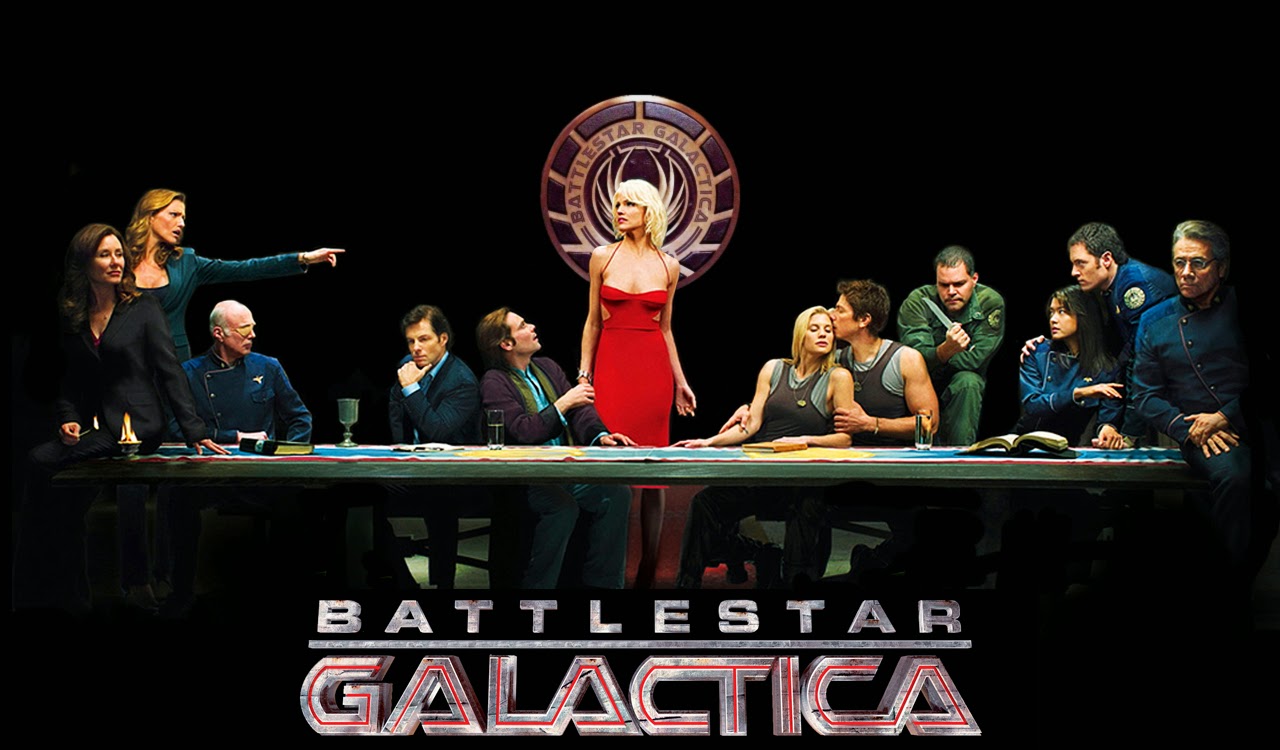 Back in 2012 I found myself in a very strange place.
I was 20, had recently moved back into my mother's basement, and had recently signed up for an account on a popular online dating website after having ended a 5 year relationship with my high school sweetheart.
I met my current partner there, we had been talking for a while and I had been fairly obvious about my love of Sci Fi and character-driven dramas. He was surprised that I had never watched Battlestar Galactica.


I rooted around for a bit and eventually scrounged up a copy of all four glorious seasons of the 2004-2009 show, as well as two movies, and the accompanying Caprica sereis.

Battlestar Galactica is about space travel, and Artificial Intelligence, and People. Mostly People.

It's a show that appealed to my mildly obsessive attitude about prejudices. Gender roles, religious extremism, what makes a person a person? It's all there but it doesn't insult your intelligence by telling you what to think, or how to feel. The character's react, but because they're all amazingly flawed and kind of horrible people sometimes you don't feel like any one point of view is there to make you say "Ah yes, this is the good guy so all his opinions are on the moral high ground and I should agree with him".

Katee Sackhoff as Starbuck is a force to be reckoned with. The woman owns the show. A female character who is a badass but still has moments where she's able to be a screw up, feminine and loving. It makes you forget that Starbuck in the original series was a dude.
The other female lead, President Laura Roslin is played by Mary McDonnell. She takes office at the beginning of the series and spends the duration of all four seasons battling a terminal breast cancer diagnosis and still finding the strength to not only manage the fractured remnants of the human race, but to serve as the democratic buffer to the show's militarist male lead (Edward James Olmos as William Adama).

Those two women (and Jaime Bamber in a fat suit) are a huge part of my love for Battlestar. It is a show that has taken the time to represent people like me, and people who I want to be like. Strong, intelligent, powerful women who are still imperfect and a little crazy sometimes.

Two years later I'm still a huge fan of the show, and have the coaster's to prove it.

Baz is a chronic doodler and has a habit of subjecting her friends to long rants about feminism, video games, and whether or not Thorin is the hottest Dwarf. She's using Capital Geek Girls to channel some of that energy. You can also find her at facebook.com/bazcave
Posted by Capital Geek Girls at 19:53