The Good, The Awesome and the Stress of NaNoWriMo

THE GOOD, THE AWESOME AND THE STRESS OF NANOWRIMO
By Marie Victoria Robertson
Hey look, we’re in the second half of November! Show of hands, who’s participating in NaNoWriMo this year? Are you cool as a cucumber because you’re in the home stretch of novel-writing, or are you frantically calculating how many words a day you need to write to finish on time?

Incidentally, it’s pronounced “Nah-no wry-moh”, and for the uninitiated, stands for National Novel Writing Month. It’s that once-a-year kick in the arse a lot of aspiring writers (and some seasoned pros) need to finally get started on that novel that’s been percolating in their brains for all this time.
So what’s the deal with NaNoWriMo? Founded in July 1999, the idea was to unite people through a common goal—writing 50,000 words (about the size of a small novel) in a month. NaNoWriMo has well over 200,000 participants now. You sign up through the official NaNoWriMo website, write your novel piece by piece in your own word processor, and update your word count on the site as you progress. You “win” by reaching the 50,000-word count before the end of the month. It’s open to anyone around the world writing in any language of their choosing.
For a lot of aspiring writers, getting that first novel finished can be daunting. NaNoWriMo is the perfect motivation, keeping you encouraged and accountable for your writing.
I’m personally not participating this year, though I have in the past. By the time of this article’s release, it will be too late to sign up for NaNoWriMo 2014, but here is some advice you can store away for next year, or hold on to for whatever writing project you’ve got on the go.
1. OUTLINE 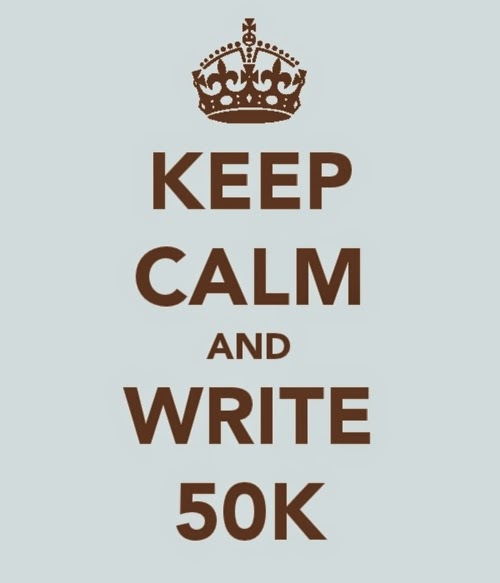 You may not be allowed to type out a word of the novel itself before November 1st, but that doesn’t mean you can’t outline. Seriously, outline. The first piece of writing advice I always give my students is to lay out the plan for your novel. You’ve seen artists draw out a quick pencil sketch before they get to work, right? The same applies to writing. Write down your story arcs from start to finish, flesh out your characters, make sure you know exactly how your story’s going to end, even if it’s going to change later. You’ll feel much more inspired to write if you know exactly where you’re going.
2. FIND SUPPORT
The most wonderful part of NaNoWriMo is the community aspect. Participants help each other stay motivated thanks to local write-ins, support through forums, and pep talks.
3. IGNORE YOUR INNER EDITOR… FOR NOW 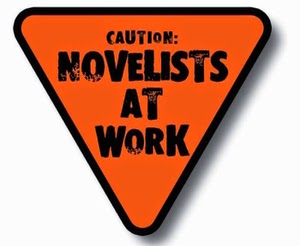 What you’re writing down now is not your final draft. It’s supposed to “suck”, to not make sense, to look like terrible writing. You’re going to edit this later, but you can’t edit anything unless you have a first draft, and since you’re on a time limit, you need to focus on getting to the finish line first. You’re much better off with 50,000 words to edit than 500 words of “perfect” writing.
4. EVEN IF YOU “LOSE” NANOWRIMO, YOU STILL WIN
Maybe you’re 1000 words away from the end on November 30th. Maybe you’re 25,000 words away. You know what? It doesn’t matter. Maybe you didn’t technically win, but you’ve got your novel started. Keep going into December. Keep going into January. Keep writing, and think about what you can do next year to make it to the end.
You wrote, and that’s a hell of a lot more than other people can say. Posted by Capital Geek Girls at 06:00