GAMES FOR TRAVELERS (IN TIME AND SPACE)
So you have travelled to a far off country, or maybe just to next province, and you have some time to kill while waiting for your connecting flight. Maybe you are on a business trip with some colleagues, and need something fun, and light to do in the middle of conference meetings. Or maybe that darned weather man said it would be beautiful tropical sun, but instead you got two days of utter downpour. Well traditionally you would go to a local bar, or read a book (or five), that you packed along for just such an occasion, but those tried and true methods can sometimes get redundant. Well they are other geeky ways you can spend your time with some nice light travel games.
The biggest thing about travelling, and bringing your own entertainment is packing light. You don’t want to be lugging around a bulky box, nor do you necessarily want a game that takes so long to set up you are just done unpacking it when the announcement for your flight boarding comes over the loudspeaker. Well don’t worry, there are quite a few games that travel well; from light hearted and speedy, to thematic, and slightly deeper strategy.
DICE GAMES

Dice Games are the most portable; there is no worry of pieces blowing in the wind. The other great thing about dice games is most of them play for two people, upwards to as many as you can fit in a room. The most well know would be Zombie Dice. You are a zombie trying to eat the most brains before being blown away by the humans escaping your clutches. Martian Dice is another where you are a Martian abducting various creatures: human, livestock, etc. and you are trying to beat other Martians (your opponents) to get the most points from your abductions. Chupacabra is another, sensing a theme here anyone? In this one you are the goat sucker, trying to suck the blood out of local livestock, and be the most successful chupacabra by stealing other chupies livestock.
CARD GAMES 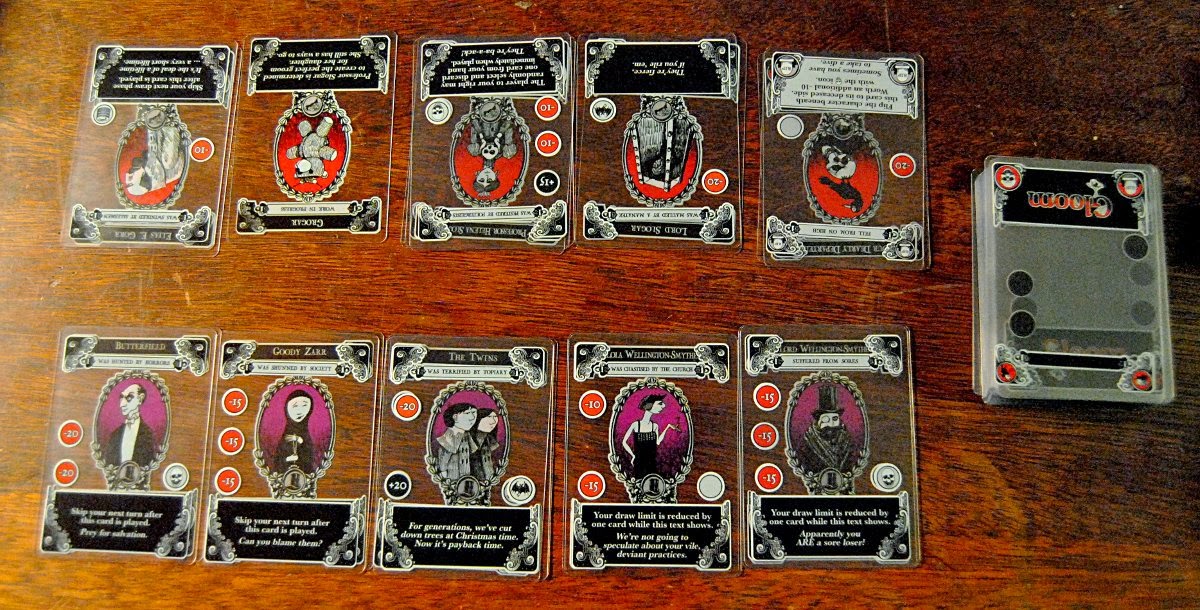 Card games have come a long way from the traditional Euchre, and 500. Those are still good fun games but if you are looking for something new, there is certainly lots to choose from. Gloom plays two people but gets a lot more interesting with more and can play up to four, more with expansions. You are in control of a family and you are trying to give them the worst life possible, and kill them off when they are down as far as they could be. Keeping in mind you opponents are trying to do the same with their family and thus may play cards on your guys to make them have a happy, and fulfilling life.  Hanabi is a cooperative game that plays up to four people. You are trying to put on the most fantastic fireworks display. The trick is, you don’t get to see your cards but everyone else does; so you are trying to give the best information to your team mates before they play a card. Being careful not to set your display off too early and losing the game. Munchkin, plays 3-6; although I have played it just two people and works pretty good. There are more cards in this game but it travels light in its own skinny box. A very tongue in cheek game where you are all dungeon crawlers, trying to get to level ten by defeating monsters, all the while pilfering rooms, and amassing treasure you can use. Additionally this game has many expansions in almost every geeky theme, so you are sure to find something that you like.
BOARD-ISH GAMES 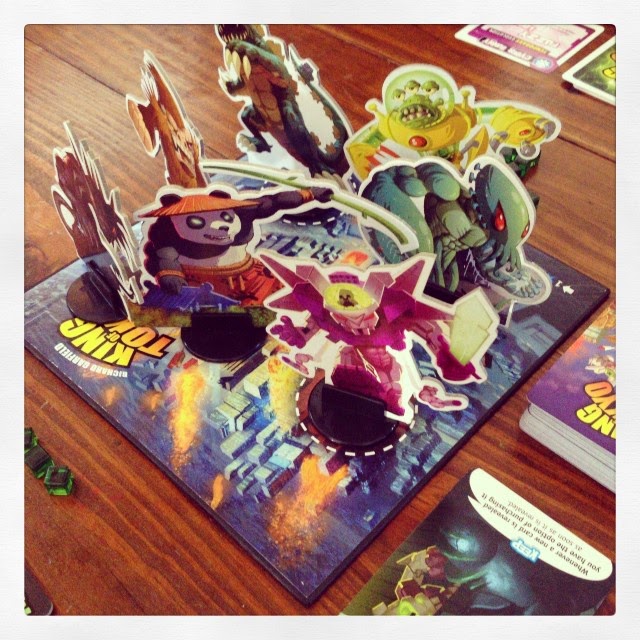 What is a board-ish game? Well something that doesn’t fit in the above categories exactly but isn’t weighed down by a big… well, board and tons of pieces. Starting us off is Six. Solely a two person game where you are trying to create one of the three distinct winning patterns by placing an individual hexagonal tile each turn against your opponent; a simple mechanic with loads of strategic fun. Dungeon Roll, comes in a box shaped like a small treasure chest. You are a character trying to get the most victory points after three rounds. You are dice rolling to defeat monster dice, with the number of monsters depending equaling to the level of the dungeon you are exploring. You can stop at any level to guarantee you don’t lose all your possible points but there are only three rounds to accumulate the most and win so sometimes you may have to press your luck. Love Letter comes in a small velvet bag so travels well. You are a member of the royal court trying to get your love letter to the princess before the other suitors. A game of deduction, and luck meant for two to four players that fits in your pocket. The Resistance, a bluffing game that is best suited for more and plays up to ten players. There is an Arthurian themed version, Avalon as well. You are the good guys, maybe. There are one or more traitors amongst your group, and you need to complete missions all the while finding the traitors in your midst; who are hell bent on foiling your missions and winning by making you lose. Last but not least, King of Tokyo is a fun game of monster on monster destruction, for two to six players. A dice game, but with a tiny board of Tokyo. Monster(s) in Tokyo attack monsters outside and vice versa. Be the last monster standing, or the first to twenty victory points wins.


So when you are packing for that weekend conference, or looking at an extended stay in the Caribbean make sure to grab a game or two for a change of pace on your regular down time activities. Game on!

Married, with four fur babies, Tracy has recently rediscovered her love of board games, and has acquired a wonderful collection. Being new to writing, it is just one more newly discovered world she is exploring. At the age of 37, Tracy now proudly shows off her geekiness, through her love of crafting and creating; well, at least until she defeats Ganon with the master sword, she finds the blue crystal staff, or the TARDIS shows up on her front doorstep.
Posted by Capital Geek Girls at 15:08