When to Boycott a Book

This post was originally shared on our sister site, GirlCrafted.com 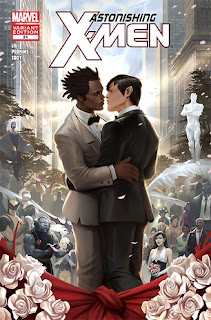 I love Orson Scott Card. Or rather, I should say I love his books. My dad gave me Ender's Game to read  when I was twelve years old, and I must have read it twenty times since then. In fact, in my third reincarnation as a derby girl, I changed my derby name to Ender, so I'd say I'm a pretty big fan.

Recently, however, I discovered something rather heartbreaking about Orson Scott Card, and as much as I wanted to ignore it and pretend I never heard it, I couldn't. Turns out, Card is a homophobe--and not just a run-of-the-mill, doesn't-let-his-guy-friends-hug-him kinda homophobe: he's a card-carrying member of the National Organization for Marriage, an organization that steadfastly opposes the equal rights of gay, lesbian, bisexual and trans people.

EVERYDAY HEROES: STANDING UP TO HOMOPHOBIA 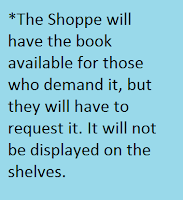 Why am I bringing this up, and what does it have to do with geekdom exactly? Well, the Comic Book Shoppe on Bank Street--the official Ottawa headquarters of Capital Geek Girls, and a generally progressive, safe space to shop--has announced recently that they will not be displaying copies of Card's newest graphic novel, Adventures of Superman, because of his very public and active role in the anti-gay work being done by the National Organization for Marriage. As is expected, the Shoppe is getting some serious flak from people who think the Shoppe is just as biased as Card himself because they're not carrying the book*.

DOES IT REALLY MATTER? YES, AND HERE'S WHY
The truth of the matter is, when I first heard Card was homophobic, it didn't really worry me. I don't believe that a celebrity or successful person must be an exemplary role model in every single aspect of his life in order for his work to be appreciated. I don't condone drug use, yet I still listen to Whitney Houston in the shower; I don't condone domestic violence, but I've watched and appreciated many Joan Crawford movies. The truth is, it's not realistic to think that a person with a particular talent is going to be a role model in every aspect of their lives. It's a slippery slope to start expecting that we have a right to pry into every lifestyle decision made by a celebrity; I fear the day that we start passing judgement on whether a presidential candidate deserves our vote because he didn't spay his cat, or whether a Governor General should be forced to resign because she kept her grandmother's old mink coat.

But there's a not-so-fine line in the sand, once a person goes out of their way to promote their personal agenda to the world. Orson Scott Card crossed that line when he joined the National Organization for Marriage (read: "straight marriage only") and started publicly taking steps to impose his own views on others, including the publication of articles and essays on the subject. Do I think we should follow every celebrity into their homes and make sure they're using only eco-friendly kitchen cleaners? No. But when the celebrity goes out and uses his clout to promote that toxic kitchen cleaner, I'd say it's now fair game to retract my support from his career.

We are none of us perfect. We all come with biases and prejudices, and we all have a dark side. I'm not condoning censorship, people; and I do think we need to really watch how much we expect from our celebrities in terms of acting as role models in every aspect of life. I would even go so far as to say that Orson Scott Card has a right to put his time and money into whatever cause he likes, no matter how stupid or antiquated. I just also think I have the right not to contribute my dollars to his agenda. 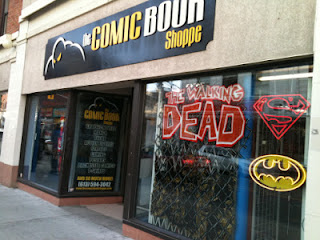 I applaud the Comic Book Shoppe on Bank Street for standing behind their own safe-space values by refusing to display Card's book. The Shoppe would lose honour, in my eyes, if they continued to promote the works of a man who publicly promotes an attitude of hate towards the GLBTTQ community, when the Shoppe has promoted an attitude of GLBTTQ acceptance. I consider it a matter of ethical consumption for people like myself to choose whether we buy the book or not; but it's an even larger matter of importance for a business like the Shoppe to show ethical cultural stewardship by refusing to promote works created by those who hate and actively promote that hatred. In this era of recessions and hardships, it takes courage to maintain the power of one's convictions even if it means losing out on sales. The Shoppe has shown that there are some things more important that the bottom line.

Ethical consumption is about more than just biodegradability or eco sustainability; it's about choosing to shop from the business that makes the right choices in many other ways, too. The Comic Book Shoppe on Bank Street gets a huge thumbs-up from me today for taking a stand and weathering the backlash. I am prouder than ever that Capital Geek Girls makes our home at the Shoppe.
Posted by Jordan at 09:28